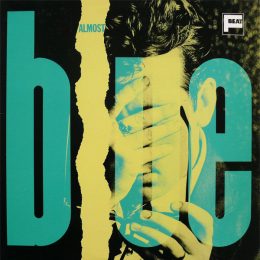 Classic Americana Albums, by definition, have achieved a relevance that is timeless and are no longer dependent on the time and place that formed them. Elvis Costello’s ‘Almost Blue’, whilst timeless is also very topical now Elvis Costello will be awarded the AMAUK’s 2021 Lifetime Achievement Award in January’s AmericanaFest UK virtual awards show. All this would not have even been dreamed of, let alone imagined, in 1981 when it was originally released. Costello had just released 5 albums in four years, three of which would make Rolling Stone’s ‘500 Greatest Albums of all Time’ so he was on a very big artistic roll supported by his producer Nick Lowe and backing band The Attractions. However, Costello was feeling restless with his persona as the angry young man of the new wave due to the unwarranted attention he felt his lyrics were getting and was looking to make a new musical statement.  The ground was set for his album of country covers, produced and recorded in Nashville by Billy Sherrill and backed by the Attractions with support from Clover’s John McFee on pedal steel guitar. ‘Almost Blue’ shone a light on Costello’s vocal capabilities like never before and the more sophisticated arrangements by Billy Sherrill gave Steve Nieve scope to excel on keyboards. Melvyn Bragg’s ‘South Bank Show’ was also along for the ride to record the experience for posterity.

What those in the know already knew was that despite his new wave image and geeky persona, Declan Patrick MacManus, to give Costello his full name, was a true music fan and pop classicist. He had attended The Bickershaw Festival in 1972 to see The Grateful Dead, he had fully drunk of the pub rock cup of English country rock and had moved beyond The Byrds and The Flying Burrito Brothers to country icons Hank Williams, George Jones and Merle Haggard in his quest to appreciate country music proper. In fact, he was backed by American country rock band Clover on his debut album ‘My Aim Is True’ recorded in 1976, though this was not widely known at the time of release in 1977. In 1981 he was listening to country music again as he was thinking through his musical development. An album of covers would also allow him to develop his  interpretation skills and help him move away from his trademark angry persona and fraught vocals.

Costello had dipped his toe in the Nashville water when he recorded his song ‘Stranger In The House’ as a duet with George Jones for Jones’ ‘My Very Special Guests’ duets album which was produced by Sherrill. The song had originally been intended for his debut album, and was in fact a homage to Jones, but was rejected as being too country and not included on the album. By selecting Sherrill as his producer Costello was also accepting Sherrill’s trademark strings and background vocal ladened countrypolitan sound, confirming his seriousness in recording a straight, for the time, country record. For his part, Sherrill was not sure of the fit when he had listened to some of Costello’s earlier tracks but was intrigued enough to agree to see what could be achieved. John McFee’s addition on pedal steel was an attempt to bring a sweeter, more country sound, to the Attractions. The album was recorded in under two weeks in Nashville in May 1981, and as seen in the South Bank Show documentary, it was not all sweetness and light between Sherrill and Costello.

Costello’s song selection can be viewed as a history of country music as seen through the eyes of Gram Parsons, a major influence on Costello the singer-songwriter, and is a ready-made introduction  to country for  anyone new to the genre even now, after nearly forty years. The vocal performances are also a lot better than might have been expected at the time. Country music may include significant doses of false sincerity and emotion, but it is not an easy genre to sing properly, and here the English new wave rock’n’roller makes a serious attempt at being a country singer. Steve Nieve’s keyboards are all over the album, and the Attractions trademark rock’n’roll is still audible against the Sherrill orchestral backdrops that work better than they sound on paper.

‘Almost Blue’ opens with Hank Williams’ ‘Why Don’t You Love Me (Like You Used To Do)’ and you know Costello and The Attractions mean business with their Ramones influenced take on the tune. Some critics thought this arrangement showed the limitations of the overall concept but another view is that Costello successfully invoked the true spirit of Hank Williams, a rock’n’roller before there was rock’n’roll. However, Costello’s take on the Don Gibson written Patsy Cline number ‘Sweet Dreams’ is a straight country version of a classic country song and Costello brings a vulnerability to his vocals that hadn’t been heard before. This vulnerability is also clearly in evidence on the Gram Parsons’ penned Flying Burrito Brother’s track ‘I’m Your Toy (Hot Burrito #1), and vinyl side 2 opener George Jones’ ‘A Good Year For The Roses’, which reached number 6 on the UK Singles Chart. Costello dives deeper into his Gram Parsons’ influence with a cover of Merle Haggard’s ‘Tonight The Bottle Let Me Down’, a song that he had first played live as early as 1978. This track was also included on the compilation ‘Q Country’ in 1994.  The influence of George Jones on Costello is confirmed by the inclusion of three more songs associated with him, the Big Joe Turner R&B tune ‘Honey Hush’, ‘Brown To Blue’ and ‘Color Of The Blues’. Loretta Lynn is honoured with a cover of her 1962 single ‘Success’ and Charlie Rich with a version of  his ‘Sittin’ and Thinkin’ ’. The album is rounded out by Billy Sherrill’s 1967 song ‘Too Far Gone’, recorded by everyone from Dottie West and Waylon Jennings to Don Henely in 2015, and another Gram Parsons tune ‘How Much I’ve Lied’ from 1972’s ‘GP’.

The album was released with a sticker proudly proclaiming  “WARNING: This album contains country & western music and may cause offence to narrow minded listeners” on the Barney Bubbles designed sleeve that paid homage to Kenny Burrell’s 1963  ‘Midnight Blue’ album. The sleeve was printed in various shades of blue and green giving multiple versions with an alternative message “WARNING! This album contains country & western music and may produce radical reaction in narrow minded people” on some of the alternative sleeves. It was clear that Costello expected resistance to his new album and he was right. While ‘Almost Blue’ was reasonably successful in the UK, in America, country stations ignored it and rock stations treated it as an aberration. Reviews at the time were also mixed, but with the balance of reviews favouring the ballads over the more up-tempo numbers which was interesting given Costello’s output to date.

Costello was dealing with his own alcohol related demons at the time and the emotional impact of the breakdown of his marriage so the songs certainly had a personal resonance that probably helped in bringing the right emotion to the recordings. The critical view of the album has also improved over the years, with most critics now accepting that Costello was genuine in his attempt at the country genre and that he brought another dimension to his own interpretive skills. Apart from being a very enjoyable listen, the album also had a wider significance for Costello’s own career and that of any number of subsequent artists. Costello is now well known for his genre-defying approach to his music but ‘Almost Blue’ was the first real example of how extreme this could appear. His love of country music has also been repeated throughout his career right up to 2014’s ‘National Ransom’ in his songwriting and artists he has worked with. ‘Almost Blue’ also made country acceptable for such younger impressionable new wave fans as Buddy Miller and Jim Lauderdale and any other number of musicians and fans with its near-perfect selection of real country songs. It is also still a mighty fine listen nearly forty years after it was recorded and who can legitimately argue with a Ramones influenced take on Hank Williams to truly capture the real spirit of country and rock’n’roll.