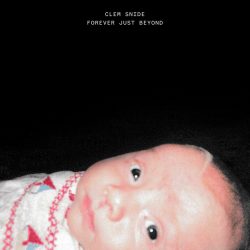 Clem Snide was a character created by William S Burroughs and adopted by Eef Barzelay as the name of the band that he created in 1991. Burroughs’s writing was often informed by personal tragedy. These included a lifelong heroin addiction and a conviction for the manslaughter of his second wife, who died in a gun accident. Like his inspiration, Barzelay has suffered more than his fair share of misfortune. Beginning with the collapse of his band and subsequently his marriage, Barzelay then lost his house and was declared bankrupt. Now, five years on from the last Clem Snide record, Barzelay is back with quite possibly the best album that he’s ever made, and there have been some very good ones along the way.

Whilst at his lowest ebb, a fan sent Barzelay a video of the Avett Brothers peforming one of his songs and an interview with Scott Avett in which he states that he is a big fan of Clem Snide. From this Barzelay contacted Avett, with the result that he agreed to produce the new Clem Snide album. Avett actually ended up co-writing some of the songs and also plays and adds harmony vocals on it. He brought in Avett Brothers drummer Mike Marsh and Band of Horses bassist Bill Reynolds.  This quartet then put down the majority of the album at Avett’s North Carolina farm. The album was then concluded in Nashville with finishing touches from Old Crow Medicine Show fiddler Ketch Secor and Avett Brothers cellist Joe Kwon.

Scott Avett’s simple arrangements and minimal instrumentation allow Barzelay’s songs to live, breathe and flourish as their words are expressed by the compelling idiosyncrasies of his voice. This back-to-basics approach is the perfect platform for Barzelay. Shaped by his difficult experiences, the songs deal with issues of depression, identity, mortality, God and the afterlife. However, this is not an album of hopeless self-pity. The songs also raise the prospect of hope, discovery, reinvention and regeneration. The very personal nature of the songs underline that although it carries the Clem Snide name, to all intents and purposes this is an Eef Bazerlay solo record.

The album’s opening track ‘Roger Ebert’ serves as a prologue to the whole album. Based around the celebrated film critic’s last words “It’s all an elaborate hoax” Barzelay contemplates the nature and meaning of life, spirituality and God. Boy meets girl it isn’t. Subsequent songs investigate, contemplate and reflect upon similarly weighty themes. In ‘Don’t Bring No Ladder’ Barzelay recalls that “I thought to ask the voice inside my head/if it would still be there once I was dead” and in ‘The Stuff of Us’ he notes that “to be blessed is always to be cursed as well” Yet, despite all the darkness, at the end of ‘The Ballad of Eef Barzelay’ he concludes that “ As I kept falling/I came to realise/I finally realised/that there was no ground” thus raising the possibility of a turnaround and new beginnings.

The intensity is punctuated by three co-writes. ‘Sorry Charlie’ is a song about reaching middle age (Barzelay recently turned 50) in which he offers reflections on leaving the wildness of younger days behind “Sorry Charlie/We can’t party anymore” and the acceptance of responsibilities and a steadier existence “I’ve got a good job now”. The album concludes with ‘Some Ghost’ another co-write which offers some hope “after we stumble/we’ll find a path”. We can only hope that the path that Eef Barzelay is now on is a straight and steady one. Plans to tour the album have, in the present circumstances, been shelved. For a man who has been in such a perilous financial state, this will come as a major blow. We could all help out by buying this album. I suggest that not as an act of charity, but because you will be getting one of the best albums you’re likely to hear this year.

A spectacular return to form following some difficult years