4AD have announced that they will be reissuing Gene Clark’s legendary ‘No Other’ album this coming November. Recorded at the Village Recorder in West Hollywood and produced by Thomas Jefferson Kaye, the album was originally released in 1974 on Asylum Records, coming a year after the Byrds short-lived reunion.  Clark delivered a visionary record of psychedelic rock, folk, country and soul which famously cost a small fortune to make (“It took a lot of time in the studio before we could actually get the songs to the point we wanted them,” Gene said in 1977).  Although warmly received by critics, the album was a commercial failure and was subsequently deleted shortly after. 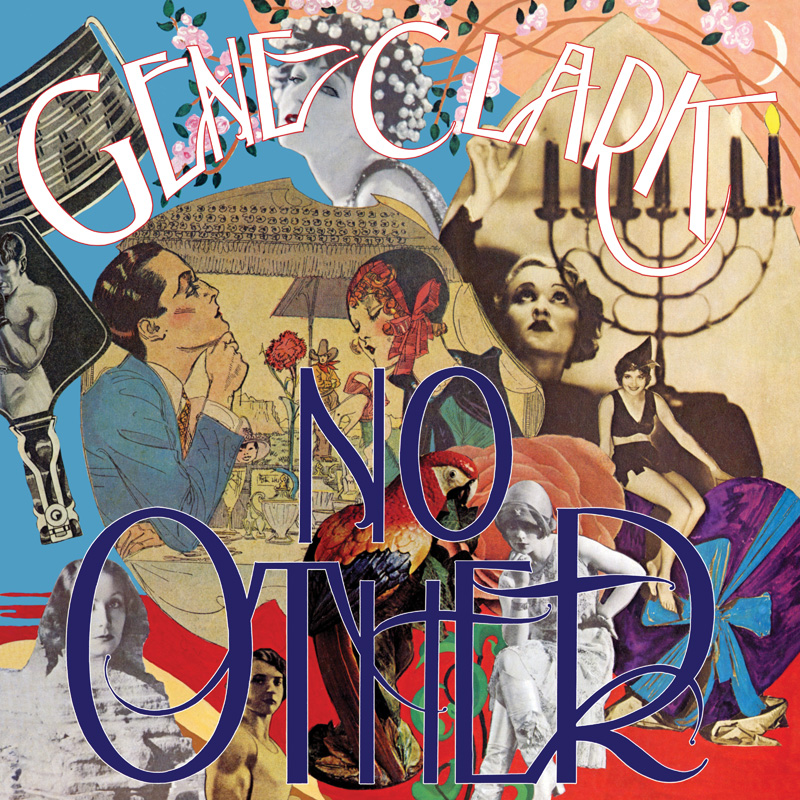 However, as The New York Times wrote around the record’s 40th anniversary in 2014, “hindsight has burnished ‘No Other’, as it has redeemed other albums that went on to be reconstructed as rock repertory, like Big Star’s Third/Sister Lovers and Lou Reed’s Berlin,” with ‘No Other’ now being increasingly recognised as one of the greatest of its time, if not all time.  Another sign of the album’s enduring charm came that year when feted Baltimore duo Beach House decided to “spread awareness” of Gene’s masterwork by enlisting friends – most of whom weren’t born when the album was released – from bands such as Fleet Foxes, Grizzly Bear and The Walkmen to tour the album note-for-note in both the UK and the US.  You can watch them performing it in New York below.

Five years on, the original tapes have been remastered at Abbey Road, a 5.1 Surround mix of this album created for the first time (done by Neil Wilkes and B.J. Cole), and both the in the studio and promotional photoshoots have been located.  Furthermore, all the studio takes have been forensically worked on and mixed by the duo of Gene Clark aficionado, author and Long Ryders frontman Sid Griffin and John Wood, the producer famed for his work with the likes of Nick Drake, Fairport Convention and Sandy Denny.  More than just bonus material, these tracks offer fans an insight into how Gene approached recording the album; no track has been edited or composited in any way, allowing for things to be heard as they went down in the studio and before any overdubbing took place.

The album will be available Across Four Formats: CD / Double CD / LP / Limited Edition Boxset, and all pre-orders of the deluxe boxset from the 4AD store also include two flexi-discs of tracks not available anywhere else.

Documentary (Available in Box)
The Byrd Who Flew Alone:
The Making of No Other by Paul Kendall