2020 has been the year for surprises. Some of them not so nice obviously, but others more so, and continuing the theme of albums arriving out of the blue, Drive-by Truckers’ new full-length second LP of 2020, ‘The New OK’ arrives via ATO Records on streaming services tomorrow (Friday 2nd October), with a CD and limited edition vinyl arriving on Friday 18th December. You can listen to the title track below.

Drive-By Truckers’ 13th studio album arrives mere months after the release of the band’s last album ‘The Unraveling’. Originally conceived as a quarantine EP collecting material recorded in Memphis during sessions for its predecessor, the project quickly grew to include provocative new songs written and recorded over what Drive-By Truckers co-founder Patterson Hood calls “this endless summer of protests, riots, political shenanigans and pandemic horrors.” Tracks such as Hood’s ‘Watching The Orange Clouds’ – inspired by the protests which followed George Floyd’s murder by Minneapolis police – and a fiery cover of The Ramones’ classic ‘The KKK Took My Baby Away’ (with vocals by bassist Matt Patton) were exchanged between Hood, co-founding singer/songwriter/guitarist Mike Cooley, bassist Patton, keyboardist/multi-instrumentalist Jay Gonzalez, drummer Brad Morgan and then mixed by longtime DBT producer David Barbe. The result, says Hood, is “a full album that hopefully balances out the darkness of our current situation with a hope for better days and nights ahead.” 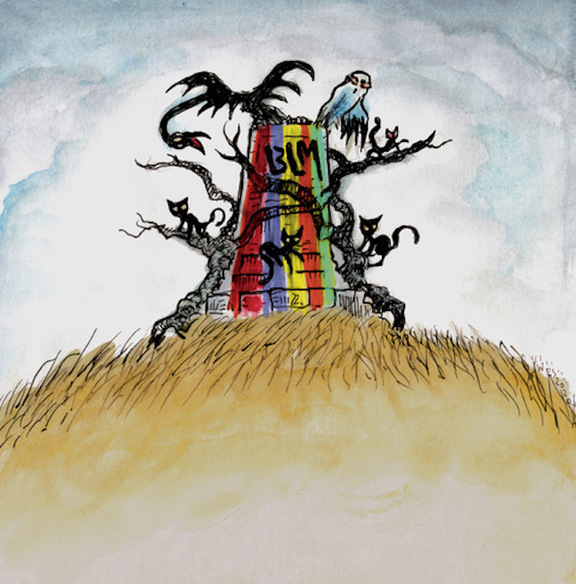 “To call these past few months trying would be a dramatic understatement,” Hood continues. “Our lives are intertwined with our work in ways that give us our best songs and performances. It is a life that has often rewarded us beyond our wildest dreams. Speaking for myself, I don’t have hobbies, I have this thing I do. To be sidelined with a brand new album and have to sit idly while so much that I love and hold dear falls apart before my very eyes has been intense, heartbreaking, anger-provoking and very depressing. It has gone to the very heart of our livelihoods and threatened near everything that we have spent our lives trying to build. Here’s to the hope that we can make 2021 a better year than this one has been. In the meantime, here’s to THE NEW OK!”

1 thought on “New Drive By Truckers album out tomorrow – Listen”