A pre-weekend look back to 1989 with this great song from Indigo Girls, in the UK on tour in July. 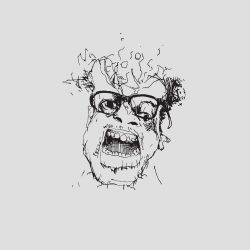 It’s clear from the moment the steely opening arpeggios breath life into Daudi Matsiko’s first full release, that this is going to be an up-close and personal journey. It’s one that starts like a rainstorm with opening track Home’s gentle bursts of fingerpicked melody giving way to a more substantial flow of strummed heartbreak. Before too long a bass drum brings the promise that it’s going to hammer it down and as the song builds, it briefly does, before giving way to the gentle drip of the storm’s end. END_OF_DOCUMENT_TOKEN_TO_BE_REPLACED

Two-time Canadian Folk Music Award Nominee, Sarah Jane Scouten will release her new album “When The Bloom Falls From The Rose” tomorrow which includes the new bluesy-rockabilly single Bang Bang that we previewed last week.  Observant and outspoken, the new album shines a light on the wind-whipped highway of Scouten’s life as a songwriter, scholar of roots music history, and travelling musician, with flavours of Lucinda Williams, Nanci Griffiths and Old Crow Medicine Show.  Here are those dates.  END_OF_DOCUMENT_TOKEN_TO_BE_REPLACED 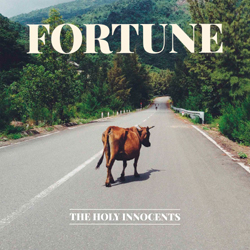 Belfast based The Holy Innocents surely have a rock’n’roll heart as they released this album late last year on vinyl and it’s only recently that a CD version has become widely available. A listen to the album reveals that the blood pumped through this heart has been transfused from across the water as it’s a wonderful homegrown amalgam of rootsy country, rock and country rock. END_OF_DOCUMENT_TOKEN_TO_BE_REPLACED 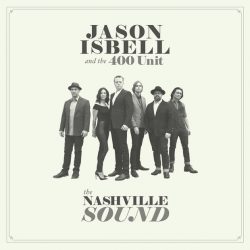 Only one day to wait now for the new Jason Isbell and the 400 Unit album and in order to whet your appetite RS Country have published an extensive track by track guide to it with clips thrown in for the songs we know already: “It’s been five years since Jason Isbell left Alabama and moved to Nashville, still reeling from the wilder, wetter days that had nearly derailed his solo career. Clean and clear-eyed for the first time in years, he moved into a townhouse with Amanda Shires. There, not far from the north shore of Percy Priest Lake, he wrote Southeastern, an album that would mark his official transformation from bar-band cult hero to Americana kingpin.  END_OF_DOCUMENT_TOKEN_TO_BE_REPLACED

There was a really interesting interview with Steve Earle published in The Guardian yesterday which contained some golden nuggets where he talks about being single (“If I go to a baseball game I can stay for the whole thing”), heroin (“I lost everything but my house”) and politics (“The left has lost touch with American people, and it’s time to discuss that”)  He also lays into Noel Gallagher who he describes as “the most overrated songwriter in the whole history of pop music.” That’ll be an awkward next meeting coming up. You can read the whole interview over at the Guardian here.  END_OF_DOCUMENT_TOKEN_TO_BE_REPLACED

John Murry is having a little galavant around the UK next month which you would have thought is enough to let him put his feet up for the rest of the year but no – he’s back a couple of months after with more dates, kicking things off in Southampton on September 12th and winding his way up and down the country before ending up in Durham on 23rd.  He’s also released a rather fine trailer for the documentary “A Short History of Decay” which you can watch below. END_OF_DOCUMENT_TOKEN_TO_BE_REPLACED

The Only Ones front man has a new album out on June 30th.  This is the excellent title track which has a hint or two of George Harrison and Lou Reed about it. 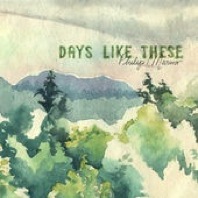 Philip Marino is an American singer-songwriter living in England, Essex to be precise. Here is a simple case of our gain and their loss. Days Like These was recorded in New York’s Catskills Mountains, and produced by a man from the area, Simon Felice. Beautifully produced, as one would expect with Felice having something to do with it, the 5-track release has both Simone and his brother, James Felice contribute. Simon plays drums, percussion and harmony vocals, while James’ harmonium, piano, organ, accordion, synthesizer and harmony vocals form a solid working bass. Anna Sauchuk likewise lends vocal support to Marino (guitar), and doesn’t his guitar sound good. END_OF_DOCUMENT_TOKEN_TO_BE_REPLACED

In the wake of the Iraq war, Neil Young featured a stirring song called ‘Every Little Dog’ on his ‘Living With War’ website.  The track was by Indian / British (London based) singer-songwriter Dan Raza, whose debut album in 2012, alongside dates with Joan Armatrading, Badly Drawn Boy, Cara Dillon, Bellowhead, Mary Gauthier and Slaid Cleaves, cemented his place in the UK folk and roots scene and led BBC documentary maker, James Ashley Smith, to create ‘Can’t Go Back’, a short feature film about Raza’s sacrifices and struggles for his musical dreams. Here’s a track from his new self-titled album due out July 7th, a straight up gutsy folk-rock belter.