Lucky Strikes frontman M G Boulter has announced a UK tour for the Autumn. Boulter, who has also served with Simone Felice and The Duke & The King, released his second solo album With Wolves The Lamb Will Lie to great acclaim earlier in the year. He’s spent much of the Summer playing shows in the UK and Europe as part of Emily Portman’s Coracle Band. The Lucky Strikes, meanwhile, celebrate ten years together with the release of their fifth studio album The Motion And The Moving On through Harbour Song Records on 30 September.  END_OF_DOCUMENT_TOKEN_TO_BE_REPLACED

Incredible version too if you get a minute to watch below.  Rolling Stone reports: “Jackson Browne delivered a poignant cover version of Bruce Springsteen’s 2000 track “American Skin (41 Shots)” during the New York City installment of The Concert Across America to End Gun Violence on Sunday. Backed by the soulful voices of Vy Higginsen’s Gospel Choir of Harlem, Browne belted heartbreaking lyrics that are as pertinent in 2016 as they were nearly two decades ago when Springsteen wrote them. “No secret, my friend,” sang Browne. “You can get killed just for living in your American skin.” A fan-shot clip from the Beacon Theater concert shows Browne strumming his acoustic guitar. The choir sways back and forth, clapping and adding harmonic color to the refrain of “41 shots.” END_OF_DOCUMENT_TOKEN_TO_BE_REPLACED

Taken from the new album “Bury Me in My Boots,” currently sitting at number one on Amazon’s alt-country top Top 100. 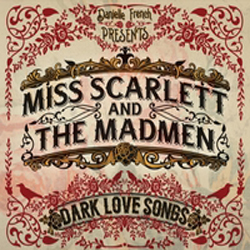 A filmmaker and songwriter from Calgary in Canada, Danielle French delivers here nine songs she crafted while attending a series of songwriters’ workshops, the songs co-writes with fellow attendees and for the most part recorded with her co writers. Despite this plethora of contributors French keeps a firm hand on the tiller to deliver a strong set of songs that can probably be best described as slightly psychedelic folk with some dusty Americana and Weimer Republic cabaret thrown in for good measure. END_OF_DOCUMENT_TOKEN_TO_BE_REPLACED 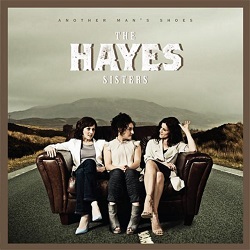 The Hayes sisters – Cathryn, Angela and Jennifer – had an acoustic folk trio in their teenage years and they played on their local folk club circuit around Manchester. They eventually gave up on it but now, twenty years later, they’ve decided to put the band back together. As well as all playing acoustic guitar, with Jen adding some banjo, their main thing was harmonised vocals – and they can still do that. In fact the best tracks on the album are those that feature their vocals and little or nothing else – the a cappella “Another Man’s Shoes” is one of the better things on the album.  END_OF_DOCUMENT_TOKEN_TO_BE_REPLACED 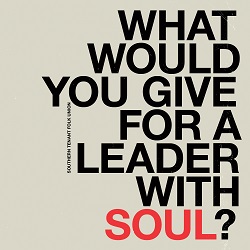 On the “What would you give for a leader with soul?” EP the Southern Tenant Folk Union continues to blend bluegrass and a first folk revival sound to produce four heartfelt songs of protest and questioning. There’s more than a touch of “With God on our side” about the title track – that’s ok, Dylan got the tune from “The Merry Month of May” via Dominic Behan’s “The Patriot Game”. Folk singing – that’s recycling in operation. There’s no need to guess where the questions it poses comes from – so, you say that you’re tired of career politicians with no convictions, so here’s your challenge: will you vote for a politician offering a New Deal for the future? END_OF_DOCUMENT_TOKEN_TO_BE_REPLACED 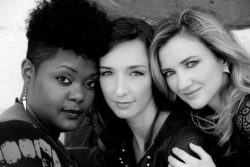 One of the things Nashville does best is ‘in the round’ a chance to see high quality songwriters up close and personal.  You may not know the names but the format leads itself to seeing the mechainics of the art in action, three of Nashvilles best exponants speak to AUK. END_OF_DOCUMENT_TOKEN_TO_BE_REPLACED 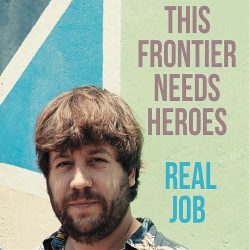 The truly memorable first track says it all: “It Don’t Make No Sense”.  All six minutes plus is a good reason for buying this record. Not since the days of Country Joe can I remember my conscience being roused politically so much by a track and an album. “People must have lost their minds,” Brad Lauretti sings with languorous feeling! As he attempts to internalise all that is wrong at the moment, he is able to involve us in the picture: “One million refugees and everyone looks just like you and me. It don’t make no sense.”  END_OF_DOCUMENT_TOKEN_TO_BE_REPLACED

Esteemed Cleveland Ohio-born singer-songwriter poet Jeff Finlin peels back the outer layers to reveal the truth. Such is his honesty and high standard he has been compared to many of the great past writers of songs and prose. One of his best known compositions is ‘Sugar Blue’ through it been selected by Cameron Crowe for the soundtrack of his feature film, Elizabethtown (2005). Life after death a twenty-track compilation sees release this month on the West London Man in the Moon label. END_OF_DOCUMENT_TOKEN_TO_BE_REPLACED

That’s the year, not over two thousand awards. Paste reports: “Last night, the 15th annual Americana Music & Awards Show was held at the Ryman Auditorium in Nashville, Tenn. The Americana Music Association prides itself on honoring and preserving the roots of American folk music, which was reverently done with last night when Lifetime Achievement Honoree Bob Weir opened the ceremony with Merle Haggard’s “Mama Tried.” END_OF_DOCUMENT_TOKEN_TO_BE_REPLACED