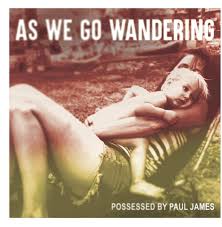 ‘As We Go Wandering’ as an album sounds like something you would here from Mumford & Sons with its military-esqe drumming, fast guitar strumming, the fiddle and expressive vocals. Yet Possessed by Paul James is a far cry from the UK folk-rock band. The singer Konrad West, as known by his stage name of Possessed by Paul James, shows pride for his home roots throughout the album, quite obviously with ‘I Come From SW Florida’. The song showcases his talent, just his vocals and a guitar. As it one of the most stripped back productions on the album, it simply tells the story of family, that most people can relate, by telling the story of how his parents met, and yet pairing it with lyrics like: “let’s go back in the heart of every home, thereby may bitterness confusion and dismay but we will laugh along the Gulf coast waters”  which shows the juxtaposition that comes along with family. Remembering the happy memories as well as the not so pleasant ones.

Love and peace are definitely the standout themes from the record which ironically contradicts the theme and reasoning behind Konrad West’s stage name. By using his grandfather’s name- Paul and his father’s middle name- James, he is referencing something bigger than himself. Wert says it important to acknowledge “the good, the bad and the ugly.” And although peace is definitely a key theme of the album ‘Be At Rest’ highlights the struggles and hurt that teachers, Ward’s other profession, and student’s face in modern society.

It’s hard to find fault with the album – something is a given: if you are fan Mumford & Sons, chances are you will enjoy ths, as similarities can be made. Yet he has incredible artistic talent, which is impossible to deny, and that ironically should not be compared.