The duo of Philadelphia based guitarist /songwriter Aaron Nathans and Cincinnati cellist / songwriter Michael G. Ronstadt (yes, he has a famous Aunt) have produced a new album showcasing the rich and dark combination that can be produced from their principal instruments.  It’s called ‘Shadow of the Cyclone‘ and they see it as a suitable metaphor for a year that has been packed full of storms – from the expected but more frequent wild winds to the ravaging blast of pandemic that has blown across their homeland.

‘Shadow of the Cyclone‘ is an album that considers fallen saviours (‘Strongman’), and a Leonard Cohen-esque embrace of the anti-hero (‘I Go Low‘) and straightforward accounts of a nation that seems to have lost empathy (‘Sinner’s Bible‘).   That wild wind a-comin’ is bringing a just retribution for self-inflicted troubles.  The duo don’t forget to leaven this all with a judicious serving of levity. 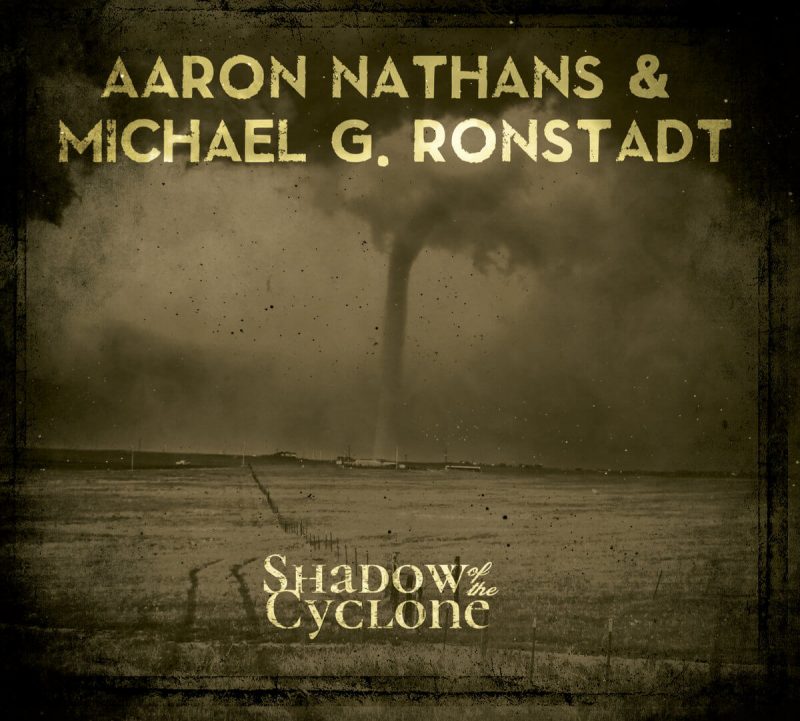 ‘Carry a Tune‘ is one of the more optimistic and forgiving of the songs that make up ‘Shadow of the Cyclone‘, and is the first taste of an album that can be savoured in full from tomorrow.