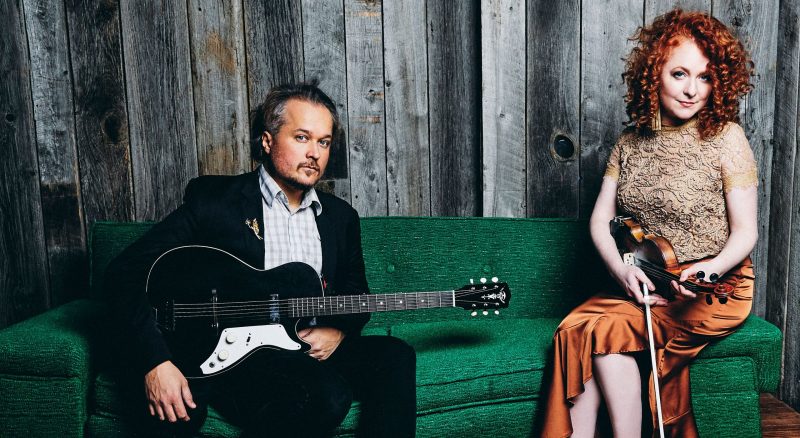 We’re delighted to share the world video premiere of the new single from Harrow Fair. The good-humoured video for ‘Sins We Made’ is inspired by comic strips and ‘unboxing’ videos.  Harrow Fair are comprised of Andrew Penner (also of Sunparlour Players) on vocals, guitar and drums and Miranda Mulholland (Great Lake Swimmers) on vocals and fiddle.  They know how to play.  This is a timeless, foot-tapping song with a fabulous fiddle solo and the duo’s voices complement one another perfectly.  it’s the first single and title track from their forthcoming album, due out on 17th April, which will be the follow-up to their well received debut, ‘Call to Arms’.

The duo say of the song: “Sins We Made tackles some of the significant news events that shook up our world in the last few years using the framework of a traditional counting song. Each number and the phrase that follows represents a person or an occurrence in metaphor. This was a way that Troubadours in the middle ages used to spread news with songs veiled enough to protect themselves from accusations of treason.”

0 thoughts on “Video Premiere: Harrow Fair “Sins We Made””