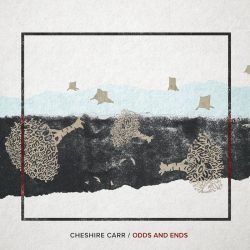 CC are a Montreal-based folk collective, with the collective aspect shown by the many different voices and the mix of styles and textures. The album has a kind of collective identity but also a compilation feel. At its best, it is a fine mixture of contemporary Americana. This Song, bristling with suppressed energy, has vocals redolent of Night Beds or even Perfume Genius, and contains both hints of modern pop while being deeply rooted in more traditional forms. Water Rising is mostly a traditional folk song using traditional instruments, but also manages to sound contemporary.

Devil In A Porcelain Dress uses only vocals and some found sounds to make a political point – for us in the UK, the line Now Tory rule gnaws at my flesh is particularly prescient. The production on the song is kept as simple as can be, focusing on the vocals; this drags the listener’s attention to the lyrics, while the noises in the background add to the sense of unrest. Remember When has the freewheeling folk sound of Simon and Garfunkel at their peak, whilst Disowned opens like a Rainer Ptacek song with some steel guitar creating an atmosphere as lonesome as an empty desert. The little catch in Ariel Harrod’s voice adds emotional heft to his vocals.

Till The End dirties things up a bit, with vocals from Genevieve Cooke and unruly guitars – it’s like Sally Timms fronting the Mekons. Until You Come Home is a warm flannel shirt of a song, a big melancholy hug in song form. The mix of protest, melancholia and inspired imagery retains the interest throughout the record. It’s one of those records that is difficult to really make a case for but even harder to make a case against. There’s definite promise and some already realised potential, a fine debut effort.

Check out their covers LP on Soundcloud.