AUK’s first jaunt at 2020’s Celtic Connections took us to the grand concert hall in the city centre to see a one off show by Canadian Cam Penner and his erstwhile sidekick Jon Wood. It’s a measure of both the international reputation of Celtic Connections and Penner’s growing career that they conspired to fly the pair from the dominion to Glasgow for one show before they flew back the following day. Perhaps not the best way to play a show in these times of climate concern but, heck, the ‘plane was going to fly here and back, Penner or no Penner and he’s the kind of guy you just know is going to plant a tree or two once he gets home. END_OF_DOCUMENT_TOKEN_TO_BE_REPLACED

‘Love’ is Norwegian troubadour Torgeir Waldemar’s follow up to the well-received ‘No Offending Borders‘ album released in 2017. Described by his publicists as (his) “most ambitious work to date”, and “inspired by Brian Wilson’s ‘Love and Mercy’” this ambition is perhaps the album’s downfall.
END_OF_DOCUMENT_TOKEN_TO_BE_REPLACED

There’s another song by Australia band (or ex-band) The Middle East called ‘Jesus Came to My Birthday Party’ which is absolutely outstanding but not quite the right fit for AUK, so I’m going today for this little gem instead. I can’t remember how I discovered them, only that the year I did was the year they split up, a kiss of death I have generously passed on to the only venues I have ever run music festivals in too (you’re both welcome). The indie-folk band formed in Townsville, Queensland back in 2005, although by 2011 the band’s Rohin Jones described their album from which ‘Hunger Song’ is taken to Line of Best Fit as a “a mediocre attempt”.  Honestly boys, we see mediocre not infrequently and it ain’t this.

Here we are again folks with another eagerly anticipated contribution to our semi-regular “What Is This…?” feature. This time around Martin Johnson reveals his (what we can only surmise are) hippy roots in the North East of England and the shocking fact that he is not, in fact, an ex-England rugby captain: END_OF_DOCUMENT_TOKEN_TO_BE_REPLACED 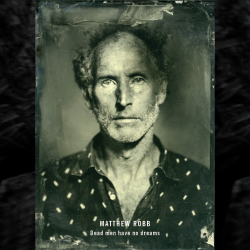 Confronting gritty politics and softer periods of reflection and love, Matthew Robb’s second album, ‘Dead Men Have No Dreams’, will bring pleasure to fans of poetic lyricism. Competing with our good friend Bob for the title of king of the verses, Robb produces ten tracks with an award-winning set of musicians from his harbouring hometown in Germany. Collating elements of folk, blues and country, one thing remains consistent throughout, and that is the need for sincerity. This includes the opening title track, which feels more akin than any to the writing of Dylan. END_OF_DOCUMENT_TOKEN_TO_BE_REPLACED

Some people may have raised an eyebrow when they heard that Norwegian duo Darling West had been called “Cosmic Folk” by Lucinda Williams. Well, doubters, take a listen to today’s premiere and you’ll soon see that she had a point. END_OF_DOCUMENT_TOKEN_TO_BE_REPLACED

It’s Nathaniel Rateliff.  What’s not to like?  This is the title track from Rateliff’s first solo album in seven years, due out on 14th February.  It’s a beautiful song, showcasing Rateliff’s characterful vocals and masterful song writing.  It’s theme is the passing of his friend Richard Swift, who produced two albums for Nathaniel Rateliff and the Night Sweats. END_OF_DOCUMENT_TOKEN_TO_BE_REPLACED 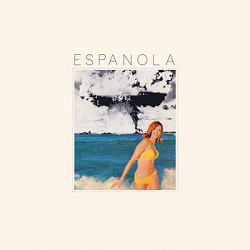 Espanola enter with a rock swagger from the very first moment of opener ‘Tricks of the Heart‘ – if the buzzing guitar hasn’t got you, and you can resist the drum beat just 17 seconds later then that echoey “whoop” that follows immediately after will be the clincher. Yes, Espanola have every element of classy hard grooving, but not over heavy, rock and it’s an infectious mix with half-hearted lyrics of self-recrimination that burst above the buzz and bumble:’I’m digging a hole and I’m bound to jump in” is sung with all the “so what ?” commitment of someone who really doesn’t care. It quickly comes to seem that Espanola are another great Canadian Southern Rock band. Well, no. END_OF_DOCUMENT_TOKEN_TO_BE_REPLACED 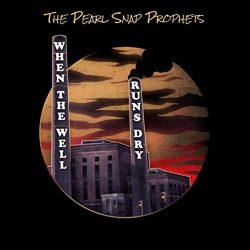 ‘When the Well Runs dry’ is the debut album by Jack Marion and the Pearl Snap Prophets. They’re probably new to you (and me) but before we go into detail about them and the record let’s get three things clear: 1. This is a damn fine record. 2. It is not a concept record. 3. It is not a country record. We will get back to these in a moment but first a bit of bio. They were formed in 2017 in the town of Boon, nestled away in the mountains of North Carolina, by chief songwriter Jack Marion (vocals/guitar) along with college buddies and fellow Music Business Majors Chandler Bell (bass), and Marcus Clonts (drums). Since forming, they have added Owen Myers (Lead Guitar) and Matt Guard (Keyboard) and released an EP ‘The Devil and Me’ in 2018.
END_OF_DOCUMENT_TOKEN_TO_BE_REPLACED

Well this is a hairy story. Canadian singer-songwriter Cam Penner, who was one of the visiting attractions at this year’s Celtic Connections festival and last weekend had a show in Glasgow’s Royal Concert Hall, has shared the nightmare experience he had after flying back home following the show. END_OF_DOCUMENT_TOKEN_TO_BE_REPLACED