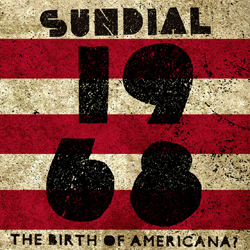 Coming in just under the wire for a golden jubilee  celebration of all things good and great in 1968, Australian band Sundial have a grand conceit contained within this album. They contend 1968 was the year which birthed Americana. Ostensibly the album is a very fine collection of songs released (or penned, perhaps) in 1968 and in the extensive liner essay they have a good stab at justifying their claim – quoting Jon Savage, writing in Shindig magazine, “1968 was the official start of Americana in the US, with the release of The Band’s Music From Big Pink and The Byrds’ Sweetheart Of The Rodeo during the summer.” But rather than delve into all of that (comments below welcomed) let’s just concentrate on the songs they’ve chosen and the delivery thereof. END_OF_DOCUMENT_TOKEN_TO_BE_REPLACED