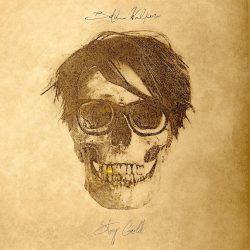 This is Butch Walker’s eighth album and its one where he’s really let things go and made a record that’s unashamedly in love with classic rock n roll, with Springsteen, Billy Joel, Don Henley and quite likely Ryan Adams (who produced his last record). The result is a stirring high-octane ride; it’s like a kinetic movie switching from scene to scene, with plenty of action and moments of epiphany and reflection. It never lets up – each song is larger than life, chock full of hooks and built from a storytellers perspective with little details that elevate the songs above the workaday. He’s like a frayed blue-collar Jim Steinman pumping out songs that are meant to be enjoyed and which carry a narrative weight.

It starts with the title track, which kicks you in the face with John Mellencamp’s cowboy boots. Remember the joy of dancing in Footloose the sheer dead weight of dead-end towns? Walker channels this, turning that inertia into a positive with a chorus that kicks dust into the faces of those that would hold you back. East Coast Girl starts a homage to the Pretenders guitarist James Honeymoon Scott and then uses spoken word passages recorded in bar before again kicking into gear and constructing a chorus that is turbocharged, the guitars burning rubber like a drag racer – the adrenalin rush, then the ringing Pretenders guitar tone before it really takes off. Wilder In The Heart drops the pace down, pushes up the drums and adds harmony to the chorus, hitting the spot somewhere between the Replacements and Don Henley, something you might find hard to reconcile, but for Walker it’s easy. He loves both and the only thing that matters is how the song sounds and it sounds huge.

Ludlow Expectations starts like some eighties film with synths and the start of a street car race; then Springsteen and Billy Joel take over, huge drums again beating out, everything rushing towards the chorus, the synths put to good use dressing the scene and then punctuating the chorus with a flurry of fist-pumped exclamation marks. Descending is where things take a different turn – Ashley Monroe co-writes and opens the song with her more fragile vocals up against just a piano, then Walker joins in for one of those beautiful melancholic ballads for the big scene in a John Hughes movie where it looks like things aren’t going to work out for the romantic leads (of course it will). It’s one of those songs that you fall for on first listen. Irish Exit – Walker’s term for exiting a party efficiently, i.e. just going, no goodbyes – it’s probably the weakest song on the record. It wears its Celtic roots lightly, it’s just not as enduring as the other songs.

Mexican Coke is about having a crush on an older completely unsuitable woman. It pulls in a brass section to add the thrills it serves as a hold for Can We Just Not Talk About Last Night which takes place where a friendship has turned sexual and awkward, with the vibe of something like Mink de Ville or perhaps Ryan Adams. Spark:Lost also deals with love; how it can drain out of a relationship over time and how the ghost of that love will continue to haunt you. Musically it sounds like something by Glenn Frey but with a chorus that takes you to the top of the roller coaster before dropping you with the memories that will never fade. The closing Record Store eschews all of the bluster and swagger of the rest of the record. It starts with just Walker and his guitar, and it’s so close to classic Whiskeytown with Ryan Adams and Caitlin Cary duetting on Faithless Street. It’s a song full of nostalgia, the harmonies almost heart-breaking, and it shows that Walker doesn’t need the grand setting to reach into your heart. It’s the kind of record that doesn’t really have a home these days – it’s not niche, it’s not experimental. It’s an unabashed big sounding record that mines classic song-writing from the 1980’s that’s now (and to be fair was then) deeply unfashionable and hugely enjoyable.