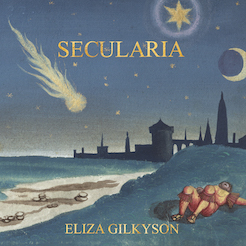 This might be the album that America needs to hear now more than any other. Musically, it is gorgeous folk/americana enhanced by a stellar cast of supporting musicians. Lyrically, it is by turns meditative, moving, uplifting – and deeply unifying. If only America would listen – riven as it is, in these troubled times, by tribalism, religious hatred and anger.

This album is Gilkyson’s 20th. She has, over the years, built a reputation as a songwriter’s songwriter. Her songs have been covered by Joan Baez, Bob Geldof, Tom Rush and Rosanne Cash. And the guest list on this album – including the folk singer Shawn Colvin, the gospel singer Sam Butler, and the late Jimmy LaFave – is testament to the regard in which Gilkyson is held by her fellow musicians.

Guest list aside, this album is deeply personal. It was inspired, Gilkyson says, both by feminist pioneers and today’s #metoo movement. It offers an alternative to the idea that God is male – and therefore male is God. But, both in its title and its content, the album broaches another significant theme, as well – the idea that people of different spiritual beliefs can live together not only in tolerance but in respect and even love.

The word ‘secular’ means, of course, non-religious – and that may well be where Gilkyson’s beliefs lie. The centrepiece of the album seems to be ‘Conservation,’ the third of the album’s 12 tracks. It is a proud yet gentle affirmation of atheism – a terrible word, really, as it describes only what people don’t believe rather than what they do. “I have no God, no king or saviour,” Gilkyson sings. “No world beyond the setting sun/I’ll give my thanks for one more day here/And go to ground when my time has come.”

But the album’s larger point is that her beliefs do not rest on a repudiation of the beliefs of others. For it also features the religious song ‘Sanctuary’: “Yea, though I walk through the valley of the shadow/Thou art with me,” Gilkyson sings. “Though my heart’s been torn on fields of battle/Thou art with me.” The message is clear: Like the keys on a piano or the strings on a guitar, differing beliefs can co-exist in love and beauty.

But this is music, not preaching. There’s no lecture here. The instrumentation is lush, even gorgeous – propelled sometimes by guitar, sometimes by piano. Gilkyson’s singing is wonderful, heartfelt and moving. Ultimately, this is an album of love, hope, celebration and embrace. And the advice of this reviewer – born an American – is not to buy just one copy, but two. Send one to your friends in America and pray they will listen. But keep the other for yourself. Hold it close. Let it enter your heart. It’s that good.