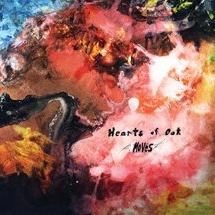 When asked what the highlight of this record was, the band replied “It’s OK to take drugs and play music”. That might have been a thing a few decades ago, but the modern Americana listener surely prefers a bit more focus and less self-indulgence? There is a psychedelic feel throughout this backwoods atmosphere, but it doesn’t seduce enough to tempt joining their indulgences. They claim Spacemen 3 as an influence, but ‘Taking Drugs to Make Music to Take Drugs to’ was 30 years ago now, and a much more coherent listen.

They also claim to be shoegaze-country, but no, if you want that go back to Mojave 3? What the album does do well is make the most of some sublime pedal steel which is made ethereal with effects, and soars in partnership with electric guitar in opener ‘Outlaws’. Most interesting track is penultimate ‘California’, where astonishing pedal steel slowly dissolves into a miasma of phase pedals and drone, a nightmare comedown. A really interesting sound, though nothing to do with any kind of Americana. The major benefit from this track though is that the last 8 minutes are instrumental. Nate Wallace possesses a unique voice. Nasal, high, adenoidal. There is a long history of good music sang by bad voices, Bob Dylan a prime example. But if the voice is so off putting, the whole piece suffers, no matter how good the music may be. A comparator would be a male version of Amy Allison. She wrote ‘The Whiskey Makes You Sweeter’, but her own version is so grating, it took her friend Laura Cantrell’s more inviting voice to make it palatable. Wallace’s voice could be an acquired taste for some. But perhaps others would be tempted to listen to this more than once if there was an instrumental remix.