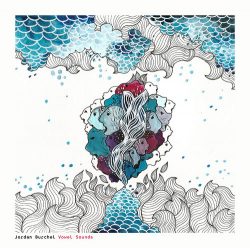 Floridian Burchel is on his second record; he is one of the disaffected that communicates through their music, one of many, songwriters and bedroom musicians are as plentiful as sardines in a shoal. It’s hard to break out from the mass and forge your own identity, though every so often there’s a Will Toledo to give hope. Burchel has plenty going for him his songs are well constructed and his voice can carry a tune. There’s nothing to suggest that these songs were put together pretty much by one man. If I were forced to make a comparison I’d go for Jason Anderson after he dropped the Wolf Colonel name and began to erase the characteristics that made him distinctive.

Paper Face is a decent calling card with its skittering riff that skips around like a toddler fuelled by Red Bull, while Why They Call You Blue moves more into Ryan Adams territory (Sam Moss adding some lovely backing vocals). Lilymoore Pts 1 & 2 is the heart of the record – at eight minutes it dominates; it begins fuelled by drums and a regulated electronic pulse along with the cosseting of saxophone, I get whiffs of Springsteen: part one crawls to a finish before part two arrives like a something from The Lamb Lies Down on Broadway, a wall of noise hovering in the background whilst Burchel rails in the foreground as though left abandoned and disillusioned, fighting a losing battle with the oncoming tsunami of shit.

Unfeeling Everything reaches back to classic FM music via Ryan Adams. He throws everything at this song, multi-tracking the vocals, adding a drum break, guitar noodling then a classic regrouping manoeuvre capped off with a guitar break that references back to 70’s rock. Jade Figurine offers the opposite, with a retreat to the acoustic guitar with just a few blushes of piano. It’s a likeable record – there’s a lot to like but not much to love. He lacks just that click of something special. It’s not too far away from the work of Chris Mills, yet Mills had something that drew you back to it. It feels churlish to damn effort like this with faint praise when so much craft and effort have gone into it.

Another Bandcamp warrior bravely pushes on