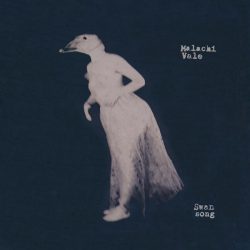 Machai Vale is the pseudonym of Marc Gagnon, a Montreal native whose previous recorded output was with alt-punk-country-swing (it says here) outfit, Pipo Fiasco. Having no idea what alt-punk-country-swing is, it was hard to know what to expect though expectations were low. Thankfully, there was no need for nerves as this is an immaculate, meticulously performed and recorded EP, its 5 songs calling to mind Leonard Cohen, as on opener and single Soleils, Tom Waits on Monkey and Lambchop on Quarantina. That’s not to say it lacks originality, in this genre it’s nigh on impossible to not sound like someone, but if you’re a fan of those acts mentioned above, you’ll inevitably like this.