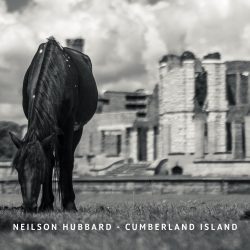 Chances are, if you look up the term “world weary,” the name Neilson Hubbard would feature somewhere in the definition. There are times, on his latest album ‘Cumberland Island,’ that he makes someone like Leonard Cohen sound positively exuberant! On ‘Don’t Make Me Walk Through This World Alone’ he simply exudes lugubriousness – “Make me a picture to have and to hold, make me believe even when you don’t. Make me a liar inside of my home, just don’t make me walk through this world on my own” -wonderfully miserable stuff for those of us who like our songs drenched in sadness and self pity! In all fairness, the next track is ‘If The Sun Comes Up Tomorrow’ – upbeat and full of positivity, almost an antidote to the previous track.

This is an entrancing album. Cumberland Island is, apparently, the largest of the Sea Islands off the Atlantic coast of Georgia and is known for its ruggedly romantic terrain. If that’s the case you only need to listen to this album to get an accurate mental image of the place. Hubbard has penned a great collection of songs, inspired by a visit to the island the day after his wedding with his new wife. Bleak in places but also reflecting the positivity you would hope would be present in the wake of a wedding, this album gets better with every play. Hubbard has the ability to capture the feel and beauty of his environment in his songs, which are often quite simple in structure but have a stark presence that makes you sit up and take notice.

The album opens with the title track, ‘Cumberland Island,’ a song that slips along on a simple piano and guitar backing with Hubbard’s cracked and plaintive voice almost whispering the lyrics. “See the sun shining, see the shadows falling, come away, come away, come away”, you can see that rugged coastline and the seabirds wheeling above the island. It’s a great start to an album that really pulls you in as the song builds and Hubbard delivers his lyric with more force – it’s a track that shows great use of dynamics and sets the tone for the whole album.

In terms of tempo, the songs never get much above a canter and even that doesn’t happen until the sixth track in, the aforementioned ‘If The Sun Comes Up Tomorrow’ and the album is almost one of two halves, with the more uptempo tracks only appearing from this point onwards – but Hubbard and co-producer, Ben Glover (who is also the co-writer on a number of tracks) have judged this album well and it flows beautifully. Mention also has to be given to the excellent musicianship on the album as Hubbard is supported by top Nashville session players, including Will Kimbrough, Joshua Britt, Eamon McLoughlin and Dean Marold. McLoughlin deserves special mention for his excellent fiddle playing, especially on stand out track ‘Old Black River’.

Hubbard will be familiar to many Americana fans through his work with bands This Living Hand, Strays Don’t Sleep and The Orphan Brigade but this solo album puts him in a whole different light. This is a very adult album – a work of maturity and reflection that is sure to stand the test of time; much like the Island that inspired it.

Excellent songwriting from a mature and reflective writer