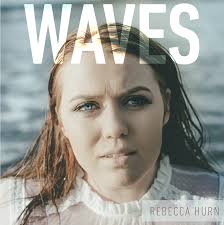 A Porthcawl native, Hurn was plucked from playing local open mic sessions as her reputation was spreading by none other than Pixie Lott showing a canny knack for spotting a talent.
A glorious voice, mature beyond her years and thankfully lacking the affectations of many of her contemporaries, drives this small collection of pop-inflected whimsy and wistfulness. Patently heading for ‘pop’ success it would be a shame if some of the freshness and verve is lost on the way because this is smashing stuff.
‘Waves’ kicks the collection off with plucked guitar and clipped vocals swooning on a bed of subtle strings as it heads towards the sunny chorus. ‘Firegold’ is simpler but still possessing a joyful chorus that will no doubt find a home in the hearts of many an advertising exec. ‘Lover’s Fool’ has a darker feeling in arrangement but this leavened by the clear pop sensibilities at work here and if any track drifts towards the anodyne then it is this. Still beautifully executed though.

‘Headlights’ follows and there is a more electronica style at work here, almost dancey. The acoustic version of ‘Waves’ reveals the bones of the song and its strength whilst the last track a collaboration with Public Order reveals a dance direction for a talent that needs to decide on which way to go as success is almost a certainty on the strength of this work.