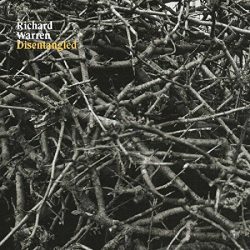 Those of you familiar with Richard Warren’s previous solo records will know what to expect from this fourth album – Disentangled.  You won’t be disappointed either. Sounding like a stoner/psychedelic happening featuring Duane Eddy on guitar and Richard Hawley on vocals; it’s equal parts weird, hypnotic and excellent. Welcome to the fertile outer edges of Americana.

Opening track Only Always is a fuzzy, riffy instrumental drone worthy of Warren’s pedigree as former hired hand for Spiritualized (amongst others). On Last Breath we hear Warren the crooner, sounding like the aforementioned Richard Hawley (after a week of drinking, smoking and fighting). The battered, broken country vibe continues with Simplify – twangy guitars bent almost out of tune to signify the wretchedness. A cheap drum machine beat underpins Silvertown, again an instrumental, with echo-drenched guitar drones reminiscent of Bowie’s Heroes. No Way Back is as ‘straight up’ a loser country crooner ballad as Warren delivers – almost Radio 2 friendly. Disentangled, the titular track is an almost bluesy instrumental – a slightly Stonesy vibe within the depths of reverb. Withered Tree completes the album – a slow marching drum beat carries along a guitar melody of faded triumph and past glories celebrated. It could be the national anthem of the saddest country on Earth.

The dark end of the Americana street. Bleak, battered and hypnotic.