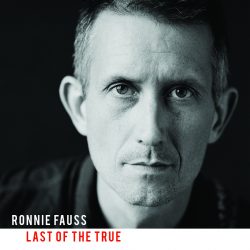 “When I was working at the Saginaw paper mill… “ sings Ronnie Fauss on another Springsteen-esque standout from his third album and all seems right in the world. Electric guitars are raging, drums are pounding and a honky-tonk piano can be heard playing in the distance. So far, so good. The album mixes heartland Americana with barrel-house country and the pace doesn’t let up.

More reflective tunes, such as ‘It’s A Choice’ and ‘Being Alone’, offer dynamics with acoustic guitars and fiddles – but it’s the roadhouse rockers that dominate. Until, that is, a lonely piano enters the picture and turns Bob Dylan’s ‘Don’t Think Twice, It’s Alright’ into a late night lament filled with gorgeous harmonies and lonesome accordion.

A rip-roaring cover of Uncle Tupelo’s ‘New Madrid’ will catch your ear, but it’s Fauss’ own compositions – like the lilting ‘I Think We’re Going To Be Okay’ and the classic AOR of ‘Bright Lights Of LA’ – that leave lasting impressions. The aforementioned Saginaw Paper Mill (featuring a guest spot from Ben Kweller) stays with the listener, too, as that E Street Band drive powers delicate lyrical couplets on a revved-up bed of rock ‘n’ soul.

Jammed with broken heroes on a last-chance power drive