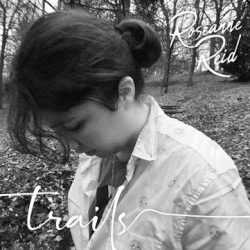 With a diverse set of song styles – blues, upbeat country, traditional folk and roots – underpinned with an excellent blend of guitars, horns, organ and vocals – this is a very competent debut from Scotland’s Roseanne Reid. Produced by Teddy Thompson and featuring a guest appearance from Steve Earle (one of her champions), Reid has clearly made members of folk-rock royalty sit up and take notice early in her career with her songs which are full of bluesy southern soulful stock, complemented by Reid’s husky voice and simple but effective guitar playing.

The album opens with ‘Amy’, the second single released from the set, a ballad expressing a devotion that sadly was never quite enough….”don’t choose a girl who always leaves.” But Amy’s comeuppance, however, you feel isn’t too far away. The first song to be released as a single was ‘I Love Her So’ and it’s one of the album’s standouts – 60’s and soulful with horns and organ – a true love song….”a billion stars around you and all you see is the moon.” ‘Headed North’ is a well structured song, with – typical for this album – a base of blues guitars, organ and horns, and ‘Hey River’ meanders on like….well, a river.

‘Levi’ is an interesting song, a story of regret of not telling a past love of true feeling until it was too late. There are a couple of uptempo-ish tracks in ‘It Is You’ and ‘Me Oh My’, a wishing for someone to look after, and a gentle folk number, ‘Miles’, a lament for, “My baby, miles away,” Steve Earle provides the vocal foil on ‘Sweet Annie’, one of the strongest tracks on the album. It’s a beautiful song of love that may not be enough: “It’s a long way to crawl down on your hands, Sweet Annie, to say here I am.”

There is a stripped back live feel to the album, having been recorded in just four days, which simply adds to the quality. There is an almost naïve, obviousness to some song lyrics – talk of “leaving a deadbeat town” and “seen a million skies” doesn’t smack of anything sophisticated – but this will change with maturity and the direction from mentors such as Earle. ‘Trails’ is an admirable start to what should be a very successful career for Reid who is the eldest daughter of The Proclaimers’ Craig Reid. Which is a good thing for us all.