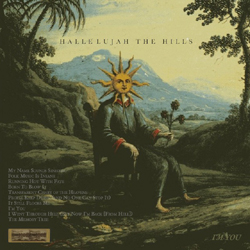 A Boston based band, Hallelujah The Hills have released several albums over the past decade while remaining resolutely under the radar here in the UK. ‘I’m You’ has the advantage of coming in the wake of bandleader Ryan Walsh’s acclaimed book, ‘Astral Weeks: A Secret History of 1968′, which tells of strange goings-on in Boston – weird hippie cults sprouting up while Van Morrison is on the lam from New York gangsters – stirring some interest in the band beyond their own backyard. END_OF_DOCUMENT_TOKEN_TO_BE_REPLACED