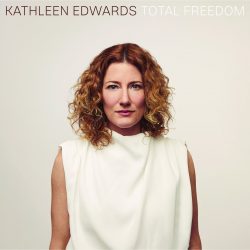 In 2014, having released four studio albums, Kathleen Edwards returned home from yet another promotional tour for her 2012 album, ‘Voyageur’, put away her guitar and stepped back from the business. The hamster wheel of writing/recording/touring/repeat had lost its appeal and break time was urgently needed to prevent long term damage to her mental health and creative ability. She moved back to her hometown of Ottawa and opened a coffee shop, tongue-in-cheekily named Quitters. It took an out of the blue call in 2018 from long term fan Maren Morris, inviting Edwards to a songwriting session in Nashville to kickstart Edwards’ journey back, culminating in the creation of ‘Total Freedom.’ END_OF_DOCUMENT_TOKEN_TO_BE_REPLACED

At AUK we are on a quest to find the ‘top 10 americana albums ever’. Over the last few weeks our writers have been going through the mental anguish of trying to narrow the whole history of americana down to just ten albums. When every writer has had their say, a shortlist of the most frequently chosen albums will be drawn up and voted on, in order to generate the definitive AUK writers top ten. AUK doesn’t have enough female writers and we would love more. However, what we lack in numbers, is at least partly compensated by the quality of those women that we do have on the team. This week we turn to the first of them. Step forward Helen Jones. END_OF_DOCUMENT_TOKEN_TO_BE_REPLACED

Mark Underwood continues with the fourth in his irregular feature on music by great songwriters with great lyrics, this time taking you through classics from the likes of Gretchen Peters, Kathleen Edwards, Bob Dylan and Tom Waits. END_OF_DOCUMENT_TOKEN_TO_BE_REPLACED

I have a few somewhat niche musical interests: the first – unsurprisingly – is that of the Americana and country genres; the second – also unsurprisingly, since it was the era I grew up in – is alternative music of the 90s; the third – actually surprisingly – is that of Canadian artists. I’m not sure exactly how it started, but I’ve got a lot of love for a set of musicians who hail from Canada (many of whom found their biggest success in the late-90s and early-00s). It’s kind of a thrill for me when I can marry any of these specific interests together, and that’s something I can do with Kathleen Edwards. END_OF_DOCUMENT_TOKEN_TO_BE_REPLACED

We leave you this week dear reader with the first original song Kathleen Edwards has released since 2012 which as she points out is full of meows. It’s been an emotional week, what with The Affair finishing and Jean Michel-Jarre releasing his “infinite album”, so a bit of Christmas 7 weeks early is just the ticket. As Edwards describes it, the song is “little fragments, with some fictionalized embellishments, of what Christmas is like at my house” – it’s very Dar Williams at her peak. Basically great. Have a good one.