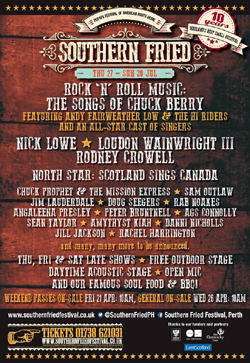 Perched up in the fair city of Perth, regarded as the gateway to the Highlands, Southern Fried has grown in stature over the years to become the premier Americana Festival in Scotland. With its mix of formal concerts, free open stage and late night revelries it is compact (awarded Best Small Festival in 2014) with no need for tents or wellies and it attracts a variety of artists who should be familiar to all readers of Americana UK.