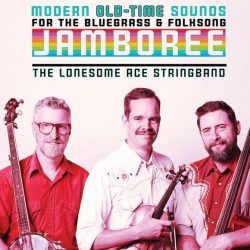 Canadian trio The Lonesome Ace Stringband reveal new existence in their fourth and aptly titled album, ‘Modern Old Time Sounds For The Bluegrass And Folksong Jamboree’. It is unsurprising to hear after a full preview of the album, that the band concrete so much history together. Performing at Toronto’s legendary Dakota Tavern as the resident band for 7 years is a sure-fire way to interweave a meaningful musical companionship. The setup, although lean, never fails to impress as banjoist and guitarist Chris Coole, fiddle player John Showman and bassist Max Heineman showcase their fresh arrangements of traditional bluegrass songs, bringing an individual character and tonality to the vocal arrangements as all three take turns to sing. END_OF_DOCUMENT_TOKEN_TO_BE_REPLACED 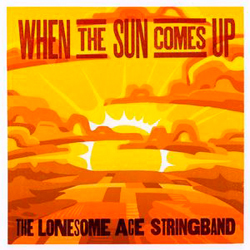 There is something life affirming when Americana music is stripped back to the basics and this Canadian trio (Chris Coole – banjo, John Showman – fiddle and Max Heineman- double bass) head to the hills with this excellent string driven selection of songs old and new.  They might hail from north of the 49th parallel but their roots are in the likes of Mississippi John Hurt, Woody Guthrie and John Hartford, a century’s worth of picking and singing to which they add their own fine compositions. END_OF_DOCUMENT_TOKEN_TO_BE_REPLACED