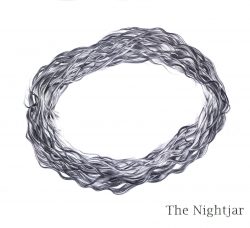 A few years ago Americana-UK commissioned the renowned musicologist Dr Fred Dineage at Goldsmith’s University to construct a continuum of ethereality – known as the Bush Scale – in order for us to more easily classify records like this one. Towards the top end of the scale sits Julianna Barwick and just below is Grouper. The Unthanks sit somewhere in the middle and at the other end of the scale sits Lucinda Williams (at one point the scale was posited as the Williams scale with Lucinda to Victoria being the breadth, but then events overtook). The scale runs from 0 to 9 and this sits somewhere around a 6.

The vocals of Mo Kirby are in the upper register they are dreamlike floating in a misty haze across the Yorkshire Moors. There are echoes of Cathy prickled by the gorse in the intensity of the sparse musical accompaniment. The backing provides a secure anchor for the vocals and knits them into the fold of the music which slowly reveals the beauty within, as the stately unfurl of Wardrobe shows. From the fragility of its beginning to the close harmonies of the final verse it weaves a delightful pattern. The Lead And Line with its piano notes dropped down a well and pretty filigrees is as ethereal as they get. Hangman is a traditional song with a simple arrangement that starts with sparse guitars before filling the sound out with bowed strings and drums that would do Jim White proud.

The traditional Armenian folk song Dle Yaman uses just a simple keyboard melody beneath the vocals, which are full and strong, describing them here, as anything other than powerful would be a disservice to the performance. There’s a great deal of dignity in the performances; they are very measured and confident, confident to do just enough and not overcomplicate things, just the simple guitar with a touch of slide is enough on In The Sky Or In The Ground. When the songs are as strong as these then there’s no need to camouflage them.

Ethereal and earthy the Nightjar are well named