When it comes to roots there is no disputing the authenticity of Australian blues and soul band The Teskey Brothers. Behind their own inventive style lies a deep inspiration from Memphis to Muscle Shoals via Melbourne.  The Teskey Brothers are guitarists and vocalists, Josh and Sam with long standing friends Brendon Love (bass) and Liam Hough (drums). Their two albums of blues and soul sound like a Stax back catalogue.

With the gentle tempo of opener ‘Let Me Let You Down’ that evoked Sam Cooke then slipping into the similarly paced ‘Crying Shame’, the Teskeys took us far from drizzly London to a steamy bar somewhere along the Mississippi. The lush tones of trumpet and trombone that sounded like a full horn section plus keys only added to that sensation. The Teskeys don’t foist themselves on their audience. Instead, their rich soulful sound, Josh Teskey’s whisky soaked voice that rasped with feeling,  and their overall easy going charm drew their audience towards them. Such an audience bond deepened when Josh mingled with the fans at the front. 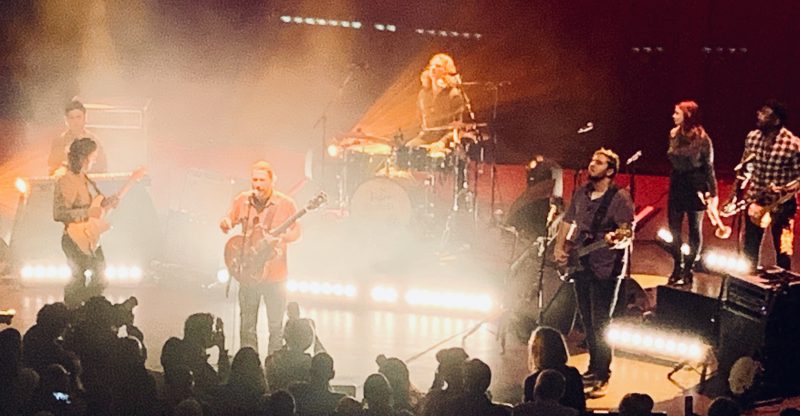 With the audience in their hands the Teskeys notched down a gear. ‘Rain’ was a drenching in soul, its eddying waters a highlight of the set. But it’s not all Memphis. There is a folky side to this band as Josh introduced “Our acoustic, campfire vibe”. After the multi-layered soul ‘San Francisco’ and ‘Sunshine Baby’ with Love’s banjo alongside acoustic guitars revealed a lighter, more stripped back dimension. Next came a powerful leap into the blues with ‘Paint My Heart’. The opening guitar build-up, Josh’s gravelly roar then silence before solo vocals took this reviewer back to shows by a great man from Sheffield. Like waves building ebbing and flowing, the band built up into a thunderous jam led by Sam. Perhaps the most powerful fusion of the Teskey’s blend of blues and soul, ‘Louisa’ was an ideal finale complete with solos from all.

Except that it was not quite the show’s end. Again, showing their mastery of tempo, the two encores began almost moodily before one by one the band gathered in a line to sing ‘Hold Me’ a cappella to which the crowd returned their love and appreciation with a perfect rendition.

The Teskey Brothers exhibited their own huge respect for Otis Redding, Sam Cook, Wilson Pickett and others through a set of their own genuine and inventive music. Americana or not this was a mighty fine show.