If the Scots slang – which gives Roddy Hart & the Lonesome Fire’s “Swithering” its name – suggests any sort of indecisiveness at play, then it’s one that the band whole-heartedly embraced to help push the boundaries of what it felt capable of creating.  From the very beginning, this was a group of players eager to change how they approached making a record.  Hailing from Glasgow, Scotland, the band (Scott Clark, Roddy Hart, Andy Lucas, Scott Mackay, John Martin, Geoff Martyn, and Gordon Turner) formed naturally over a number of years as Hart’s own evolution as an artist and songwriter progressed.
END_OF_DOCUMENT_TOKEN_TO_BE_REPLACED

Here it is folks: the annual review of the best music of the last year as decided by your favourite music writers. Or at least the ones who write for Americana UK (we don’t yet have a Tony Parsons Julie Burchill dynamic going on between any two writers but give us time). The dust has settled on the pints of crème de menthe, the scars are healing and we are all friends again. Here is our definitive list.  END_OF_DOCUMENT_TOKEN_TO_BE_REPLACED 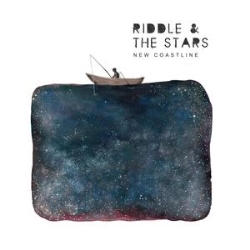 Here is true international Americana collaboration of the highest order. Playing together are Ben Riddle, established singer songwriter from Australia, and Bobbo and Tracy Byrnes also well established musicians, from Southern California where they called themselves The Fallen Stars. They all met while touring in Germany. This is their second album and with them on drums is Tom Bremer. END_OF_DOCUMENT_TOKEN_TO_BE_REPLACED 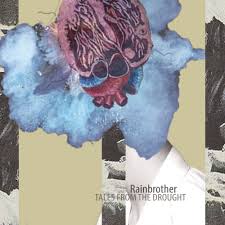 Opening with a joyful and instantly memorable piano motif on the track Riverside, ‘Tales from the Drought’ announces its intentions from the get go. Bjarke Bendtsen performing as Rainbrother has produced an album of delightful melodies, sparkling song writing and affecting sounds. The aforementioned Riverside is a complex yearning narrative build around the ebb and flow of the repeated piano motif – worthy of some serious airplay. East African Dream follows, an instrumental filled with yelps and whoops over a Midlakeish harmony again memorable and insistent with its driving rhythm. END_OF_DOCUMENT_TOKEN_TO_BE_REPLACED

Aaron Watson, the maker of Country Music history is coming to the UK for a string of dates in January.  With the release of ‘The Underdog’ in February 2015, Watson was the first ever independent artist to debut an album at #1 on the Billboard Country Chart. Since the release, he has taken his tour around the world performing sold out headline shows from Boise to Boston; San Diego to Chicago; and across the pond in Italy, France, Sweden, and the UK. Press continues to praise his music, with rave reviews describing Watson as “a proud country traditionalist” – Rolling Stone, “winning in country music” – NPR, “one of the few real cowboys left in country music” -iTunes, “puts the bite back into traditional country music” – Rolling Stone.  END_OF_DOCUMENT_TOKEN_TO_BE_REPLACED

The truly wonderful Tift Merritt returns in 2017 with a new album – Stitch of the World – and glories of glories she’s bringing it to the UK for a short tour.  Kicking off with an admirably intimate gig at The Lexington (and unbelievably there are tickets still available) at the end of January, there’s then a series of larger halls across the country including appearances at Celtic Connections in Glasgow. END_OF_DOCUMENT_TOKEN_TO_BE_REPLACED