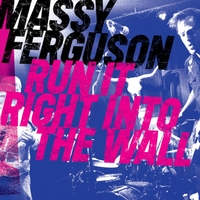 There are few surprises on a MF record. They plough the same furrows year after year sprinkling the seeds of REM and Uncle Tupelo and reaping their own brand of Americana flannelled jangle. It is perhaps useful to think of REM without Mike Mills and UT without Jeff Tweedy (OK, Son Volt). It’s a sweet enough spot to be in especially from an Americana perspective, and this is an enjoyable listen, only it could have been from any of the past thirty years.

The guitars are huge but not overwhelming; they’re happy to pull back and move into the Replacements neighbourhood as they do on Makin It before moving in next door to early REM on Firewater with those jangling elliptical guitars that tickle my ear hairs and transport me back to tape swapping and an old girlfriend giving me a tape of the first REM EP. For a While and Dogbone don’t really inspire at all it. It takes Front Page News to reignite the record and the Special Meds piles back on the guitars and the harmonies – those UT records that so influential are suddenly playing in my head.

Into the Wall encapsulates everything that is both good about them and this genre: blue collar poetry, a grasp of dynamics, the ability to pare back when necessary and be able to show vulnerability and some experimentation. The song is built on a foundation of compressed sound – it’s nearly three quarters through before it gains clarity and the mandolin fusses around like a mother hen. The closer Set the Sun is gritty with a chorus that defies expectations and floats off into a different space. MF are the kind of band that are the bedrock of this genre, like Slobberbone or the Ass Ponys they make records that are beautifully crafted and worthy of a wider audience but are destined only for a diehards; which is a shame.