From her new album The Beautiful And The Actual, this is the gorgeous voice of Rosie Hood with a powerful song about migrants and displacement.

Americana musician of long standing Jim Miller is breaking new ground with fellow creative minds Cahalen Morrison, Ethan Lawton and other members of Western Centuries as they bring a new and exciting, and slightly experimental sound to the table. “Weight of the World”, the band’s debut has been met with much praise, so much so people are already marking it down as one of the best of 2017. Maurice Hope spoke to Jim Miller. END_OF_DOCUMENT_TOKEN_TO_BE_REPLACED 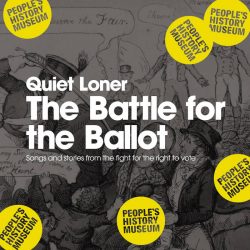 I should have reviewed this record during the General Election campaign and it would have provided the perfect backdrop and context. It is an inspiring record, the result of Matt Hill’s stint as songwriter in residence at the People’s History Museum in Manchester – the national museum for democracy. His brief was to explore the story of universal suffrage and these songs tell those tales that are all but forgotten now. As our democracy is being syphoned away it is pertinent to remember the stories of the brave men and women who fought for a better society. END_OF_DOCUMENT_TOKEN_TO_BE_REPLACED

After yesterday’s terrible Fleet Foxes related news (lol as the kids say), calm yourself with this nice little interview Gillian Welch has done with Stereogum where she talks about the vinyl reissue of her most recent album “The Harrow & the Harvest” which came out back in 2011.  She talks in detail about the process, telling them: “When we were actually cutting the lacquer for Harrow, since it was our first time cutting an album for an LP, it was really stressful and really difficult. Dave and [a few] of the guys doing the cutting with myself and Stephen Marcussen, they were reading this old mastering manual. END_OF_DOCUMENT_TOKEN_TO_BE_REPLACED

First Passenger and now Margo Price – although we still remember the time when it was a surprise to go a week without a new record from Ryan Adams.  Pitchfork report: “Margo Price has released a new four-song EP. It’s called Weakness, and like her 2016 debut Midwest Farmer’s Daughter, it’s out via Jack White’s Third Man Records. Tomorrow [today], the EP will be released on vinyl as a pair of two-song 45s. Price recorded the project at Sam Phillips Recording in Memphis. She co-produced it alongside Matt Ross-Spang, Alex Munoz, and Jeremy Ivey. Earlier this year, Price won the American Music Prize for Best Debut Album.” Listen to the EP via Spotify below. END_OF_DOCUMENT_TOKEN_TO_BE_REPLACED

New music from David Rawlings is always a bit of a treat and this Southern gothic tune appears on the singer-songwriter’s new album ‘Poor David’s Almanack,’ which is due out August 11th. “That song was written a little later than the first batch of songs for this record,” Rawlings tells Rolling Stone Country. “It started out as a groove and melody and chords. The music felt like it had some kind of adventurous feeling, or a feeling of pioneering. I had been working to come up with a title or a theme or hook. One night as I was sitting playing through the music, the ‘Cumberland Gap’ words sprung to mind.” Read more about it over at Rolling Stone. 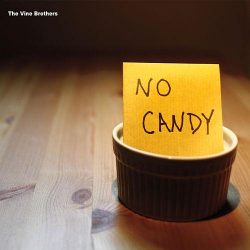 Some clarification to begin: they’re not brothers and none of them is called Vine. That should not in any way undermine the authenticity that the Arkansas trio bring to their rootsy folk/bluesgrass sound, a genre noted of course for its long history of familial connections, real and otherwise. No, what Garrett Jones, Joe Credit (you’ve got to hope that name is genuine) and Greg Bucking lack in sibling bonds they make up for in utter commitment, albeit delivered with an appealingly light touch on their third album. END_OF_DOCUMENT_TOKEN_TO_BE_REPLACED

Sometimes music doesn’t come quickly – it takes time to mature, to be just right.  Sophie Dodds knows this, having spent nine years getting the songs on Storm The Palace’s debut album Snow, Stars and Public Transport just so very right – as this song demonstrates so admirably. Originally from Edinburgh, Sophie used her time in London to write and create vignettes of her life; snapshots of the people who passed through it and how the city’s unfolding narratives impacted upon her.  The Moon Above Villiers St creates a tension-filled atmosphere through the use of a 7/8 time signature and fills the space with some hard-hitting lyrics “The politics of envy / The politics of greed / never lift a finger until you’re the one in need”.  It’s a memorable song.

And Friday’s retro slot is filled by Neil Young, live in San Francisco in 1986.  No further explanation needed.

Passenger has announced a new album, and if you saw any of the live stream last night (which you can catch below, but not live) (obviously), you’ll have heard that it’s his most americana-y record to date, with lots of lovely slide and Jayhawks style piano.  The record “The Boy Who Cried Wolf” lands less than a year on from last year’s “Young as the Morning, Old as the Sea” which went to number one in the UK and several other countries, and comes just a few days after Mike Rosenberg announced that he’d be taking a break from touring for a “very long time”.  The album will be available to buy from the official website only, although it will be available to stream on all the usual services if you’re a tight arse. END_OF_DOCUMENT_TOKEN_TO_BE_REPLACED