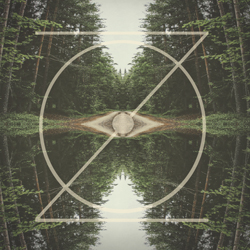 According to his press biog, Sweden-based, British-born ‘alt-folk’ singer-songwriter James Auger has spent several years trying to find his place in the world. Judging by his debut album, ‘An Ounce of Gold’, released under the pseudonym A Choir Of Ghosts, he still doesn’t know what, or where, he wants to be. Things get off to a strange start with the opening instrumental track, the unimaginatively named ‘Intro’, which begins with low humming and weird, garbled voices – a choir of ghosts? – but then erupts with huge, cinematic strings and massed, angelic vocals. It’s as if we’re being welcomed into heaven.

Sadly, what we then get instead is the dreary latest single, ‘Sinner In Rapture’, on which Auger does an ill-advised and unconvincing Kurt Cobain impression over yet more grandiose orchestration and a choral arrangement. It’s overbearing and overproduced.

When he sings: “I’m ready to be reborn – just let me get back on track… Please mother, please take me home,” you can’t help but think that it might be better for everyone involved if he followed his own advice. And, mercifully, on the next track, ‘Outside The Window’, he appears to do just that – it’s a pleasant, lightweight strum on which he ditches the portentous posturing and tells a loved one: “I’m coming home to see you.” Guest vocalist Lisa Eriksson adds some nice harmonies and there are more strings, but this time they embellish the song, rather than overpower it.

For the rest of the record, Auger plays it safe and sticks to run-of-the-mill, folky singer-songwriter fare, which, although it soon becomes wearing – the latter half of the album tails off – is a lot more convincing than the overblown and pretentious moments at the start, which only serve to wrong-foot the listener.

Southwest of the Moon is an earnest, anthemic ballad with a vaguely Celtic feel – likeable, but overfamiliar – and on the banjo-assisted title track, which is upbeat, catchy country-pop and sounds like Mumford & Sons frolicking in a Scandinavian forest, Auger tells us: “I lost my way and I can’t find a home.”  Here’s hoping he gets to where he wants to be soon.

A disconcerting and unconvincing mix of overblown, orchestral angst and pedestrian folk-pop