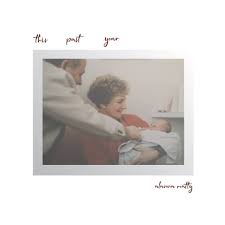 Intimate. A word overused, often lazily, to describe the elemental voice and acoustic guitar approach to song presentation that is pretty much omnipresent nowadays. However, Torontarian (yes that’s a real word) Alanna Matty really does serve up the most intimate of sounds on this four-track EP. You can hear the faint rumble of the world outside as the home-recorded acoustic guitar parts herald each song, the bass threatening to overload the mic. Clicks, stomps and whispered count offs are also to be heard – the flotsam and jetsam of recording that are normally discarded in the mixing and editing process.
Her first release since 2014, Matty’s breathy, woozy voice and super-personal songs suit the ‘intimate’ style very well. There are a scant four tracks here, but less is probably more given the ‘intimate’ nature of proceedings. Opener ‘End Up Alone’ is an uneasy dream, the recording hiss adding to the sombre mood and the loss Matty sings about. ‘Loved You First’ is a sweeter refrain at first listen, but the lyrics tell of a love not fully shared and invested in. The slow, tumbling acoustic guitar accompaniment underpins the sadness. ‘Only Option’ is an emotional repair tutorial in musical form, an exorcism of the soul, full of breathy harmonies more than slightly anguished in tone. Closer ‘The Big Day’ is the former lover’s subsequent wedding given a tacit blessing. It’s a meeting of cheery resignation and the last fragments of love being expurgated.

Less is certainly more for Alana Matty. Folksy and intimate in many ways.