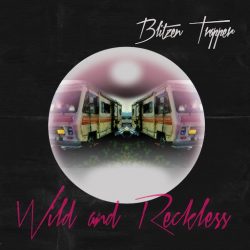 The thing which saved Blitzen Trapper from being run of the mill was their embracing of risk: they can be joyous and frustrating, and on this record they are no different, only, in common with their recent releases, less so. They start with the blue-collar Americana of Rebel and then they hit paydirt of sorts with the title track which hits the spot somewhere between the Drive By Truckers and Bryan Adams, which is not meant to sound snide. The song is a fist-pumper, balancing a strain of nostalgic melancholy with an uplifting chorus that cuts straight to the point. It should be the sound that pours out of a thousand convertibles.

The rest of the album cycles through Americana staples. Joanna is a stripped down murder ballad with just acoustic guitar to accompany the harrowing tale, No Man’s Land throws in some tentative synth and some new found sounds as an introduction that throws the listener off the scent before it rescinds to leave another handsome tune that again sounds like it should be on the car stereo as you drive around at night looking for something to do. Stolen Hearts is pretty straight talking country rock with nothing to obscure it and Dance With Me is more of the same, a bit riffier and some more synth to make it sound like it could have been on the Footloose soundtrack.

Forever Parts 1 & 2 are where the real experimentation lies. Pt 1 is just under a minute long, mainly voices, choral backed with piano, building like church music but never really resolving itself. Pt 2 begins with some mumbled dialog about drug taking, followed by treated voices and electronics sounding more like Kraftwerk than John Mellancamp, a guitar squalls like Tony Banks and then the song begins with voice and piano, the guitar squalls again and those choirs from Pt 1 begin to limber up before fading.

Not everything works but that’s fine – When I’m Dying certainly doesn’t but most things come off because when they hit their stride they produce hooks as easily as a fish lays eggs.  At their best they can happily incorporate elements that you might not expect: Wind Don’t Always Blow uses electronics at the beginning before blooming into something that is thoroughly Americana and thoroughly enjoyable. BP have lost a lot of the experimentation of their early work, there are only echoes of it here, but what they are now is a consistent band who occasionally remember their roots.

Small reminders of past glories