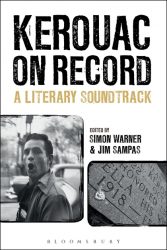 On the face of it, you might not think Jack Kerouac has much relevance to fans of Americana. Kerouac was part of the Beat generation, a Jazz fan who was often dismissive of “Hillbilly music”; but Kerouac was a great influencer of the Hippy movement, a man whose philosophy on life had a profound effect on some of the musicians who laid the earliest foundations of Americana.
“I felt free and therefore I was free.”
“There was nowhere to go but everywhere, so I just keep on rolling under the stars .”
“Nothing behind me, everything ahead of me, as is ever so on the road.”

These are some of Kerouac’s quotes and they sum up the man’s view of life quite succinctly; you can see how this would influence people like Dylan, Jim Morrison, Janis Joplin, Van Morrison, The Grateful Dead, Tom Waits and many more who have credited Kerouac as a major influence on their work.

“The Grateful Dead were Jack manifested as music. Their essence was born of the road and adventures. They worked in improvisational music much like spontaneous prose. They broke every rule in showbiz…then broke every concert record there is – just as Kerouac broke every rule of grammar then had over 50 books in print” (Brian Hassett – chapter 10 intro).

This book, now available in paperback, is a collection of essays that examine how Kerouac brought his passion for Jazz to his prose and poetry and how this influenced later musicians who, in turn, sustained his legacy. The book has been compiled by editors Simon Warner and Jim Sampas. Warner is a Journalist, Lecturer and Broadcaster who teaches Popular Music Studies at the University of Leeds and has written on the subject of Beat culture, and its influence on popular music, in his book “Text and Drugs and Rock’n’Roll”. Sampas is the Literary Executor of the Estate of Jack Kerouac as well as a music and film producer. Between the two of them they have put together a collection of writing that is quite extraordinary in its breadth and understanding of Kerouac and his influence on musicians from the Silent and Baby Boomer generations and the ways in which they have passed on those influences.

We get chapters on ‘Bob Dylan’s Beat Visions’, ‘Van Morrison and On The Road’, ‘Kerouac and Country Music’ as well as a host of other essays and articles concerning Kerouac, the Beats and their influence on popular culture; there’s a very good interview with Graham Parker, talking about the Beat philosophy and how that informed his approach to recording – “First thought, best thought”, get the music down while it’s fresh and urgent, the same approach that the Beats took to spontaneous prose. There’s also a look at Kerouac’s own recordings, mixing his poetry with the jazz music of the time and how that came to influence artists like Patty Smith and Punk Rock Poetry.

This is a densely layered book that takes some serious application to read but it’s also a book that rewards the reader’s time given over to it. It reinforces the view that all music is connected, regardless of genre, and that the influence of poetry and prose is never far removed. Packed with well-researched articles, some fascinating interviews and an extensive discography this is a book aimed at the scholar but one that will also appeal to all serious music lovers.