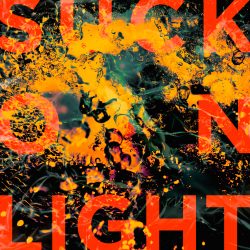 Great art often comes out of personal suffering. This new album from Australian band Boy & Bear may not be great art but it’s certainly good music. ‘Suck on Light’ is the fourth studio album from the Sydney based band and it comes on the back of three years of battling debilitating illness for vocalist/guitarist Dave Hosking. Produced by the band along with Collin Dupuis, who’s previously worked with the likes of Lana Del Rey and The Black Keys, this is much more Indie rock than Americana.
There are a couple of tracks that nod towards a vaguely rootsy approach, at least in places but, in general, these are twelve full on, lushly produced tracks, often swathed in washes of keyboard generated strings. It may not be Americana but it is a good sound and there are some excellent tracks here, not least the album’s first single ‘Hold Your Nerve’, a pulsing number driven by jangly guitar and a good riff.

In places the production does threaten to overwhelm the songs. It would’ve been nice to hear some of the lyrics more clearly since they so obviously reference Hosking’s illness and the depression that came as a result of feeling so debilitated. In ‘Hold Your Nerve’ we hear “Is this the sound of a moving ground or the echoes of self doubt?” and title track ‘Suck on Light’ is even more specific, “I didn’t even try to stand, my world was on fire now and there was nothing I could do.” Also, on the excellent ‘Bird of Paradise’, one of the album’s stand out tracks, we get the line “And in a desperate state of mind you’ll find that time will slow”. Clearly, Hosking’s illness and the moods associated with it have, understandably, greatly impacted on his songwriting for this album, and it can get a little frustrating to have his lyrics occasionally buried in the production. Of course, this only applies if you want to hear what’s being sung; if all you’re interested in is the overall sound then the production serves the music extremely well. This is a tight band, as you would expect from an outfit that has toured extensively and whose previous albums have regularly reached the top of the charts in their home territory, and the standard of musicianship is high.

Hosking himself has a good voice that is well suited to his songs, slightly reminiscent of his fellow countryman, Michael Hutchence and, occasionally, The Arctic Monkeys’ Alex Turner. The rest of the band – guitarist Killian Gavin, drummer Tim Hart, bassist Dave Symes and keyboardist Jon Hart – all perform well and the rhythm section deserve special recognition for some great work. Ultimately, this album will appeal more to the Indie fans but it is good music and that’s always to be applauded.