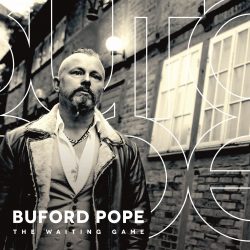 Buford Pope is a name that immediately conjures up images of the Deep South, and there are a dozen small cities called Buford scattered around those states. Bufords fought for the American Revolution, and on both sides in the Civil War – including a general named Napoleon Bonaparte Buford – and a maverick Tennessee sheriff called Buford Posser was immortalised in the Hollywood movie Walking Tall. So when Swedish native Mikael Liljeborg became immersed in the music of Bob Dylan, Tom Petty, Neil Young etc and realised he wanted to make that kind of sound, he adopted a very deep-fried nom de plume.

Now on his eighth album of Scandinavian Americana, Young-style falsetto vocals are evident, but it’s Dylan that gets a direct reference, with Pope recording a song twice, as ‘A Hundred’ and ‘Ninety-Nine’, the first as stomping blues, the second with pastiche drawl. Whilst well produced and obviously full of talent, the songs through this album feel less than especial. Opening with two subdued tracks, the third track ‘Hard Life’ has more spirit and mandolin. AUK have previously lauded Pope, but this album has a feel of drift. The most promising track is the sad ‘Can I Be There For You’ with its pleading dobro. Overall, though, in a now bulging world of Americana, just offering up a decent but non-distinctive product is not enough to get a break.