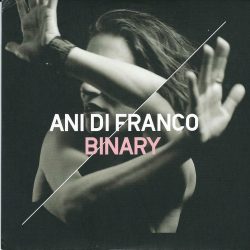 A new album from American Folk Rocker and Feminist Icon Ani Di Franco has to be cause for celebration, not least because she is one of the most creative songwriters out there and her music always engages and informs. This lastest release “Binary” is right up there with some of her best work. Written in the run up to the American Presidential election of 2016 it is very much of its time, with songs addressing the importance of reproductive rights (Play God), the need for empathy (Terrifying Sight) and the value of non violent protest and opposition (Pacifist’s Lament) – all themes currently playing out both in America and in the wider world. Di Franco’s work has always contained  a healthy amount of political awareness and is all the better for it.  END_OF_DOCUMENT_TOKEN_TO_BE_REPLACED 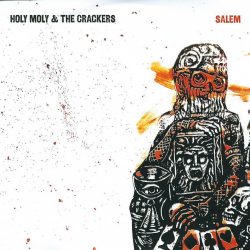 Holy Moly indeed! There’s a lot of exciting music on this new release from North East Folk Rockers, Holy Moly and the Crackers, as they move away from their earlier folk-oriented material and explore a darker and more rock influenced direction. This album is a big departure from their previous sound, which was much more rooted in traditional folk rock. On “Salem” they’ve gone for a harder, rockier sound built around a number of songs that are more intense and starker in content than previous work. The results are a bit of a mixed bag – there are some glorious songs on here that really grab you by the throat and pull you in, songs like the opening title track, with it’s story built around the Salem witch trials of the late 1600s but used as a comment on the current rise of xenophobia and hate crimes.  END_OF_DOCUMENT_TOKEN_TO_BE_REPLACED 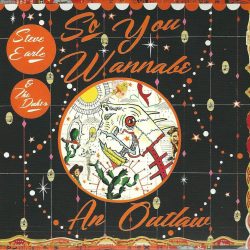 Back in 2004 we had Steve Earle’s “Beatles” album – “The Revolution Starts Now”; then, in 2015, we had his “Blues” album – “Terraplane”. Now we have his latest release, his “Waylon Jennings” album – “So You Wanna Be an Outlaw”. Of course, none of these are an album of covers or an attempt to sound like the artists referenced; it’s more about Steve Earle wearing his influences on his sleeve and specifically acknowledging them in the way he writes and performs for that particular album.  END_OF_DOCUMENT_TOKEN_TO_BE_REPLACED 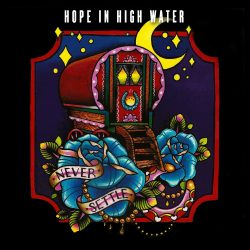 I covered Josh Chandler-Morris’ original EP, a few years back, and it’s always a bit odd to open a records PR and find yourself quoted back.  I find JCM voice a comfort – there is something reassuring in the records he makes with Carly Slade, I like the thought of their hometown Milton Keynes being the place where old punks end up, washed up maybe, and then the environs inspire them to make gorgeous Americana. END_OF_DOCUMENT_TOKEN_TO_BE_REPLACED 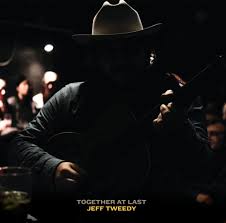 To some, Jeff Tweedy and Wilco were the people that made the noughties worth living with his and their shards of myopic observation and songs of equal delicacy and wanton destruction. ‘Together at Last’ is a collection of Tweedy’s songs stripped bare of ornamentation and simply placed one after another in no particular order featuring only Tweedy on guitar and vocals with the occasional toot of a harmonica to leaven the puritanical taste. And this is the vibe. Respectful, almost hushed reverence as classic songs unfold simply with stark arrangements beautifully produced in the now famed Loft studio. END_OF_DOCUMENT_TOKEN_TO_BE_REPLACED 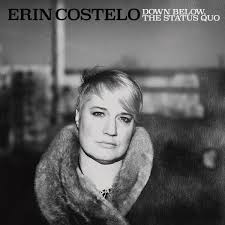 Despite the protestations of countless wanabees across the world who all want their MTV, (or whatever the kids say now) being a musician is tough work. It’s difficult to tell if it’s harder in one genre than another but James Brown certainly had an opinion. The hardest working man in show business no doubt sweated his way through a pretty terrific career so maybe we can agree that soul is fairly tough – especially when it’s in competition with faux-soul pop music back by big bucks and gyrating bottoms. Enter Erin Costelo and her new album Down Below the Status Quo; a soul treat that smacks of toil without the pesky PR machine or MTV veneer.  END_OF_DOCUMENT_TOKEN_TO_BE_REPLACED 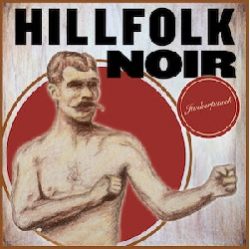 An obscurely entitled 5th outing if ever there was. “What is a ”Junkerpunch?” we hear you cry. Even good old Google appears to be bereft of answers on that one. Thankfully, the press release accompanying Hillfolk Noir’s 5th album makes it clear – it’s slang for a ‘cheap shot’… the kind of punch that results in the boxer’s break that hampered Travis Ward’s guitar playing for a lengthy 9 months on 2016. As the adopted name of this immense collection of no less than 17 songs and instrumentals, Junkerpunch is also a title that says a lot about the approach adopted by Hillfolk Noir who, let’s face it, write songs like someone thumping, with quite some aggression, at the proverbial door of old time authenticity whilst simultaneously hiding behind a thin veil of playful irreverence like a child hiding behind a curtain, desperate to be noticed. END_OF_DOCUMENT_TOKEN_TO_BE_REPLACED 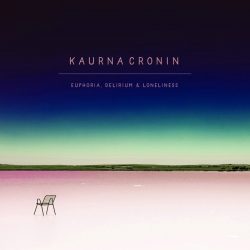 Kaurna Cronin is a youthful Australian singer-songwriter. His bio attests to a number of Antipodean folk awards won, yet this, his third album, is very much an exercise in subtle guitar pop/rock. Cronin has a polite airy voice, perhaps reminiscent of the mighty Paddy McAloon, but not quite emulating the lyrical sharpness of the man. Not to say that Cronin isn’t lyrically astute though – there’s not too many clichés in his words, which are the saving grace of this record. The ten songs do largely fall into the cited folk tradition of story-telling and he paints detailed pictures of his characters, their situations and their woes. END_OF_DOCUMENT_TOKEN_TO_BE_REPLACED 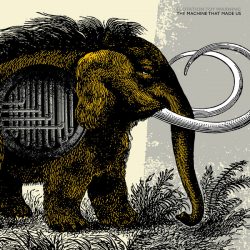 Flotation Toy Warning have returned after a 13 year break with their second full-length album ‘The Machine That Made Us’ and pick up exactly where they left off. Formed in a warehouse in London way back in 2001 and taking their name from words they found on rubber rings and beach balls, Flotation Toy Warning borrow as much from the Americana genre as they do from modern pop or electronic records and throw them into a melting pot to produce an original and interesting sound with little comparison due to their experimental nature. Their musical styling is often compared to artists such as Grandaddy or Mercury Rev and vocalist Paul Carter could be likened to The National’s Matt Berninger at times, however, this is no indication of the band’s sound and their true originality. END_OF_DOCUMENT_TOKEN_TO_BE_REPLACED 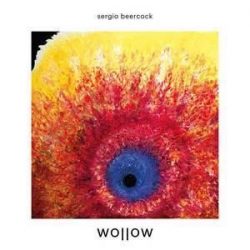 Sergio Beercock is a man with an eclectic background. Born to a Sicilian mother and an English father, in Kingston Upon Hull, he now lives in Sicily, where he produces his music while also writing for the theatre and acting. Something of a Renaissance Man! “Wollow” is Sergio Beercock’s debut album and there’s much to be impressed by on his first official release. He has a good, light tenor voice that really grows on you with repeated listening and he’s clearly a talented musician, playing the majority of instruments on the album, including guitar, piano, charango, synthesiser and Bolivian flute.  END_OF_DOCUMENT_TOKEN_TO_BE_REPLACED