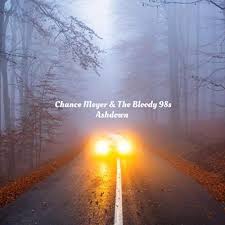 Coming from a classic Americana standpoint the Bloody 98s’ album ‘Ashdown’ is a thing of beauty. This is hewn from the same tree as The Rustlanders, Whiskeytown and Bruntnell circa ‘Shot from a Spring’ or ‘Here Comes the Swells’. Big, wide-open sounds, full band and fuller harmonies on the choruses, bruisy guitars, pedal steel and lyrics drenched in the blue-collar experience.

The opener ‘One for the Road’ sets the scene perfectly – setting both the pace and the tone with its story of shut bars and lost highways. Title track ‘Ashdown’ has a stately grace and pace and ‘Country Stars’ builds on this vibe and adds sharp anti- Nashville lyrics to the pot. The pace rarely lifts above the pedestrian but this is an observation rather than a criticism as each song is sufficiently well drawn to avoid a sense of ennui. ‘Evangelina’ is a love song shot through with country melancholy. Album highlight for this reviewer is ‘If I Leave Tonight’ with its exquisite production and beautiful close-quarter harmonies – all world-weariness and regret – beautiful.

This band are currently unsigned but they have created a classic of the genre. Buy without fear. Let’s hope they cross the water!

Sublime debut from North Florida band with some Ozark thrown in!