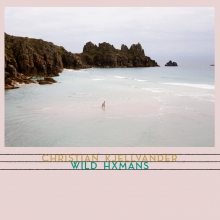 This album from Swedish singer songwriter Christian Kjellvander comes with a healthy dose of Scandi Noir and thus a warning is required for those of a nervous disposition. If you are in any way feeling low, depressed or just somewhat jaded, it is probably best to find a Smiths album instead. Well, perhaps that is overstating the point but you are very unlikely to strike a jaunty tone after listening to this work.

Kjellvander has a vocal delivery similar to Leonard Cohen and whilst the standard of songwriting is not in the same league as that gentleman the songs are well crafted and delivered and show that the man has a highly developed social and moral compass. The X in the title Hxmans is said to replace the U “as we cast our vote with an X, but we also use it to blot out a mistake – cross it out and forget about it – this is how people treat each other, then we have a problem”. A noble sentiment indeed. Whilst there are only seven tracks here they are long enough to make this a full length album. The stand out track is ‘Curtain Maker’ which was inspired by an encounter in Verona with a woman from Syria and articulates the feelings of the displaced refugee with empathy. Also worth a mention is ‘The Thing Is’ which deals with personal tragedy but ultimately sees light at the end of the road. This is a deep record which will certainly deliver if you like your music to deal with the burning issues of the day and to keep you on edge.

A dose of Scandi Noir from Swedish singer songwriter