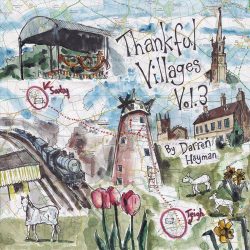 Released to coincide with the 100th anniversary of the 1918 Armistice, this final instalment of the former (indie-folksters) Hefner main man’s triptych focuses not only on the aforementioned villages, but also rural stories in general. As such it contains interviews, field recordings, soundscapes and original songs, running much like a radio show. Given this, it’s very much an ‘English’ folk offering and quite removed from what we might consider to be Americana. Nonetheless it’s a gentle, beckoning suite of music which one could easily lose oneself in. Instrumentation floats in and out of songs, birds sing, dogs pant (?) and people reminisce. Lovely.

Real English folky folk with a poignancy few would deny