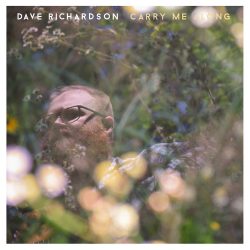 A drift of New England based contemporary (yet traditional) folk, if such a thing exists. Dave Richardson’s stock in trade is ‘old school’ roots, certainly in terms of song subject and structure. That’s no bad thing. Inevitably, the music is counterpointed by the obligatory folkie beard; a fine specimen sported for us by Dave, who resides in Vermont and recorded this release in Boston.

Squid is perhaps an unusual opener – a musing on a large museum exhibit, the life it led and how it came to rest in public exhibition. Second track Bachelor’s Hall has more guts – it would have made a better start to the record. Richardson likes his animal studies, so it seems. Rise and Play (The Fox) is more breezy, cheerful song. It documents the night time ‘daytime’ activities of the aforementioned fox. Goodbye Baltimore is a pleasing slice of country-folk, musing over those old favourites love and loss. It’s arguably the best track here. All through the record, Richardson’s vocal and guitar are accompanied by fiddle, mandolin, drums, bass and keys. OK, the record can drift towards sameyness, but it’s a thin line between theme/overall ‘feel’ and uninspiring repetition across a selection of songs. Dave Richardson just about gets away with it, due to his pleasing vocal style and the general positive vibe running through the tracks.

Traditional, quiet and understated, though not without optimism and joy.