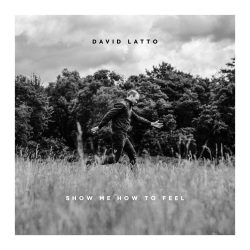 David Latto is an exponent of Scottish Americana whose first album, ‘3000 Miles from Nashville’, was released in 2010. He then released a number of albums with the David Latto Band winning praise for his warm singing voice and obvious songwriting skills. These songwriting skills have been appreciated by other artists and following David Latto’s trip to Nashville in 2016, Tanya Tucker recorded one of his songs which is scheduled for release next year. However, he began to questioned his previous work with the David Latto Band and struggled to engage with his muse and retired from music for a couple of years. This break from music allowed him to regain his perspective on what he wanted to achieve artistically and this new EP of five personal songs is a reflection of his new found confidence in his abilities.

The EP was recorded in Glasgow with layers of David Latto’s acoustic guitar and John Mather’s electric and pedal steel guitars, a rhythm section of Lewis Gordon of Deacon Blue on bass with drums by Phil Wilkinson who has played with Jake Bugg and Sophie Ellis-Bextor, among various others. The songs are given a contemporary production by producer Iain Hutchison, who also plays keyboards, who has worked with Eddie Reader and on the Transatlantic Sessions together with many other artists. Backing vocals are by Mally Smith, a Boston singer-songwriter living in Edinburgh.

The EP kicks off with the title track ‘Show Me How to Feel’ which explores the emotions and challenges of not being in tune with yourself and has a strong chorus and a medium tempo making it an ideal lead track, while lyrically it sets the tone for the whole EP. Pedal steel guitar is more to the fore on ’Blood and Whiskey’ which drops the tempo and deals with the power of long term friendships with Mally Smith’s backing vocals higher in the mix. ‘Better Way’ is the next track and as it moves from an acoustic introduction to a restrained electric guitar workout the music mirrors the song’s lyrics delivering the central message of hope against the odds. The next track ‘Haunt Me’ was recorded live and has a more ethereal sound with an interesting use of pedal steel guitar to give a more ambient effect which, with the use of cymbals and keyboard washes, reflects the nostalgic nature of the lyrics. The EP closes with ‘Losing You’ a song which describes a failing relationship and musically builds to the most lively music in the collection – echoing the move to resolve the challenges of the relationship.

‘Show Me How To Feel’ with its five songs, covering a variety of emotions and situations, shows that David Latto has definitely re-engaged with his muse and that he is a songwriter and performer to watch as he builds on his previous experience in music with a new sense of maturity and purpose.

A refreshing collection of songs with a Celtic twist