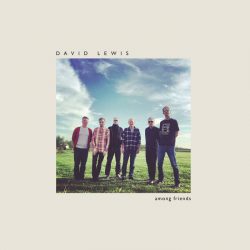 David Lewis is less than prolific, having made 5 albums in 25 years which seems slow going by anyone’s standards. Only when you append his professional title does it make more sense; for Lewis is a Professor of Social Policy and Development at the London School of Economics and his professional CV would make you wonder how he has time for anything else let alone playing, touring, recording and song-writing.  A busy man.

It seems easier to find out about Lewis’s extensive academic career than his artistic one.  His music is described as folk/folk-rock and his vocals, after some months of listening to the gruff manly tones that so typify much Americana, come right out of the school of Al Stewart, Iain Matthews and yes the ever-present comparator of every English folk orientated singer – Nick Drake.  In fact, it transpires that Lewis is a great fan of Stewart who has guested previously as a vocalist.  It is also the case that he has recorded Drake’s, ‘Northern Sky’.  So the comparisons fit quite comfortably.

Lewis in his early college days played with Wesley Stace, aka John Wesley Harding, described as a long term friend and musical collaborator and general all-round man of letters who also produced this album.  It’s interesting to compare the two careers, with Lewis first and foremost an academic and Stace / Harding, seemingly primarily a man of the arts – writer, performer, musician and songsmith.  It rather shows on the album which sounds at times little more than a group of friends enjoying playing together.  There is nothing wrong with that and it might be said that a great deal of good music arises from such situations.  Put another perhaps more positive way as the accompanying notes would have it, “These are songs played and recorded just for the fun of it”.  Exactly so and that may be the issue.

The album is well played but there is little musically that really engages interest and the best tracks are those that are pared right down and involve only vocals and minimal instrumentation – of which there are a few examples and which suit Lewis’s voice.  There are some piano interjections on, for example, ‘Temporary King’, that please, but little else that catches the ear.  The accompanying press release rightly describes, “The industrial clank of Three Sides, the unexpected ‘prog’ turn in Whisper To Me”.  Accurate comments, but the former is hard on the ear and the latter something of an anomaly. On brief listening, the previous offering by Lewis, ‘Old Worlds New Worlds’, deliberately eschews electricity and percussion and sounds all the better.

The lyrics are literate but sometimes a little unengaging.  The highlight is, ‘Softest of Years’, which describes adolescence, the expectations of the late sixties, young love and a time of limited responsibility, in all likelihood an image of a West Country upbringing.  It’s also sparsely accompanied.

“I awoke from a dream I was having / Left in a moment that I tried to recall / Time with my father in years that were turning / Watch as the fisherman stands on the pier / But I didn’t know how much time to take / Float with the moment from one scene to another / Fibreglass blue and my uncle’s little boat”.

The album seems to take stock, ponder the fate of the world and reminisce past times and lost loves.  Unfortunately, some of the images are a little worn – winding paths, darkest nights, storms approaching, rivers flowing. The search for the mot juste and the novel turn of phrase is not often rewarded, which is a disappointment, although this is not a universally shared view.

It might be a presumptuous final thought and may be a project completed elsewhere but given the amount of time Lewis seems to have spent in Bangladesh maybe therein lies the heart of a completely different set of songs and lyrics?

Pleasant enough collection from a man of many talents