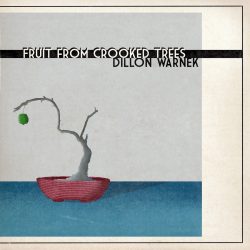 This EP is Dillon Warnek’s first solo release. According to the bio on his Bandcamp page: “He assembled his friends and they came up with a plan to record it safely. The plan was write it quick, record it quick and release it quick”. The results certainly have a homemade feel, but that’s not a bad thing. The overall impression is similar to Mark Olson’s first ‘Original Harmony Ridge Creekdippers’ album, with a feeling of space in the sound that suggests a group of friends sat around playing.

Warnek’s voice has more than a touch of Dylan about it. On ‘The Same Old Story’ there is more than a hint of Warren Zevon as well. He has played with Courtney Marie Andrews in the past, and the other players on the album are from Margo Price and Jeremy Ivey’s band. Jamie Davis’ Gut String Guitar sets the tone for several of the songs, with Alex Munoz’ electric guitar only showing up on ‘Morning in Memphis’.

One of the few criticism’s of the record is the running order. ‘Look a Moment Longer’ would have been a far better opening song than ‘Tomorrow When You Wake Up I’ll Be Gone’ which is a minute or so too long, and loses the momentum of the E.P before it starts. ‘Life Got the Best of Me’s opening line is fleetingly similar to Paul Simon’s ‘America’, but ends up as the best song here.

The final short piece on the E.P. ‘Freedom and Me’ is a tale of catching a horse that inevitably recalls The Byrds ‘Chestnut Mare’, but being spoken rather than sung is an interesting coda to the record.

Warnek apparently also has an album completed, that was cancelled by Covid. It will be interesting to hear what a, presumably, more produced record from him sounds like. For now this will do very nicely as an introduction to Dillon Warnek.