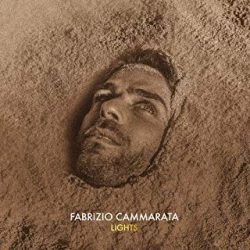 Fabrizio Cammarata, from Palermo, Sicily is not a well-known name on the UK circuit. It’s an outdated inequity that our continental neighbours are not given the attention here that our American cousins enjoy when it comes to the genre. Having said that, it’s a debate for another day (and one that I know is close to our cosmopolitan editor’s heart). But to dig a little into the journeys that influence this Mediterranean singer-songwriter and to understand a little of the mystique that drives his craft, backs up the first impression of a class act creating a portfolio of dark, cinematic insights into a Hispanic style of alternative folk.

Latin beats and eclectic percussive undertones beneath flatpicked Appalachian-style acoustic guitar arrangements lay the foundations for ‘Lights,’ alongside Cammarata’s honeyed vocals that lean so slightly towards a growl at just the right times. Desert soundscape effects, alongside vague Middle Eastern tonal flavours, reintroduce us to the world of Dani Castelar (Paulo Nutini, Editors, REM) who has once again teamed up with Cammarata to produce this follow up to 2017’s ‘Of Shadows.’  And if the fragile sensitivity of two years ago stemmed from the murky shades of a Nick Drake or Leonard Cohen, then ‘Lights’ emerges from the darkness with all the verve of a hibernating animal recognising that spring has arrived. As previously mentioned, the darkness is still present, certainly within the lyrical compositions which draw on spiritual explorations both of his inner- self and the world around him, yet it is positive in nature. It is this self-awareness that sets Cammarata apart from his peers and the listener is drawn into this contrasting world of light and shade, reflected so expertly through this collection of songs and through Castelar’s use of production tools – so familiar is he with Cammarata’s studio needs.

First single and double A-side ‘Run Run Run/Under Your Face’ is a perfect introduction for those wanting to test the water; the catchy, foot-tapping melody belies the message that however quickly we may rush to gather wisdom, the chances are that what we seek is found through serenity. Learning a little more each listen, these are the songs that the repeat button was invented for. Latest single ‘Timbuktu’ continues the musical growth, rich in chiming acoustic guitar and expansive in its use of keys, reminiscent of Graceland in its rhythms and use of backing vocals. It is the semi-autobiographical tale of a letter written to a loved one in the knowledge it may never reach her.

‘Lights’ is a natural progression from ‘Of Shadows’,’ which is also being re-released as a deluxe version to coincide with it. Modern folk-pop is fused with Latin and Eastern flavours to great effect by Cammarata, who continues to widen his horizons and develop as an artist. Accept this invitation to explore a fascinating collection of introspective musings: deeply personal, sometimes dark, but ultimately confident and musically uplifting.

It's Americana - but not as we know it. Italian firebrand gets personal