There was a time, in the late ‘90s and early 2000s when Kieran Kane seemed to be Mr. Americana. He released four excellent solo albums over a seven-year period and built a strong following, particularly in Europe, through regular touring around small, intimate venues that allowed audiences to appreciate his wit and story-telling, along with his great songs, in a way that really connected with people. I remember travelling right across London to see him play at a small arts centre in Brentford and thinking it was one of the best gigs I’d seen in a very long time, well worth the lengthy schlepp there and back from my North London flat.

Kieran Kane has quite a rich history in the business of making music. Born in the borough of Queens, New York in 1949 he joined his brother’s rock band, playing drums, at the age of nine! From Rock music Kane moved on to Bluegrass, becoming a proficient guitar, banjo, and mandolin player and, in the 1970s, relocated to L.A to work as a session musician and start to develop his songwriting. He moved to Nashville in the early 80s, signing his first publishing deal and securing a recording contract with Asylum Records, who released his debut, eponymously titled album in 1982. ‘Kieran Kane’ did alright as an album, managing to reach number 38 on the country charts and producing a small string of country hits, the most successful of which, ‘You’re The Best’ and ‘It’s Who You Love’, both made it into the Country Top 20. In fact, the album yielded a total of four hit singles and he had two other single-only releases that also charted, but only the two early singles cracked the Top 20 and there was no second album with Asylum.

In 1986 Kane teamed up with Jamie O’Hara, another singer/songwriter working with the same publisher, to form the O’Kanes. They were quickly picked up by Columbia Records and recorded three albums for the label, charting seven singles over a five year period including a number 1 in the country charts of both the U.S and Canada (‘Can’t Stop My Heart From Loving You’). The O’Kanes disbanded in 1990 with both members setting out to pursue solo careers. Kane was signed to Atlantic Records and released his second solo album, ‘Find My Way Home’ in 1993 but it failed to trouble any charts and he was soon dropped from the label. Struggling to find a label that would offer him a deal and that he wanted to work with he decided to take control of his own career and, in 1994, he teamed up with fellow musicians Kevin Welch, Tammy Rogers, Mike Henderson, and Harry Stinson to form Dead Reckoning Records, an independent label that would handle the production and release of their own records without the hassle of having to deal with major recording labels. 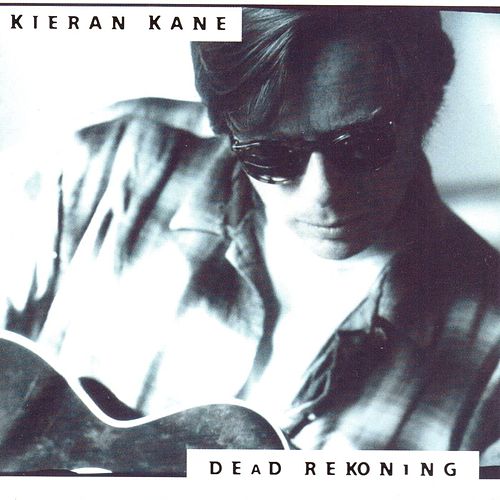 The label’s first release, in 1995, was Kane’s third solo album, ‘Dead Rekoning’, and it was with this album that Kane launched his bid to become a major Americana solo act. It’s a great album with some outstanding tracks, particularly the excellent ‘This Dirty Little Town’, with harmony vocals from Emmylou Harris and Lucinda Williams, and the slinky ‘Cool Me Down’, with its stylish accompanying video. Both were released as singles and both were critically acclaimed – and both pretty much sunk without trace! Over the next seven years he would release three more solo studio albums, ‘Six Months No Sun’ (1998), ‘The Blue Chair’ (2000) and ‘Shadows On the Ground’ (2002). He also released a live album with Kevin Welch (‘11/12/13: Live In Melbourne’) and they started to work together more regularly, adding multi-instrumentalist Fats Kaplin to the fold around 2004. They recorded three albums together, as Kane, Welch & Kaplin, all released on the Dead Reckoning label, before Kane had one more go at a solo recording with ‘Somewhere Beyond The Roses’ in 2009.

There have been no more solo albums from Kieran Kane since 2009 but, more recently, he has re-emerged in a duo working with guitar and fiddle player Rayna Gellert. They’ve released two albums working together and Kane is still in fine voice and writing great songs.

Despite all the critical acclaim and the general buzz around his mid/late 90s solo work, Kieran Kane never became a mainstream solo act but he did give us some great music and continues to do so in his current incarnation. If Kieran Kane has passed you by it’s well worth seeking out his work, both as a solo artist and in the various combos he’s worked with – but I’d especially recommend ‘Dead Rekoning’ and ‘Six Months No Sun’, two superb albums that I never tire of listening too. He could’ve been a contender!