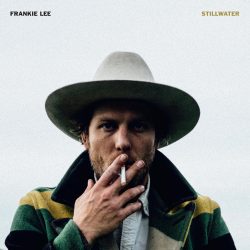 Frankie Lee knows a thing or two about hypnotizing his listeners. For good reason, the Minnesota born and raised singer-songwriter has spent his younger years in the wide open Midwest, where time barely leaves a mark on the small towns and long roads. ‘Stillwater’ is a follow up to the excellent ‘American Dreamer’, Lee’s 2015 debut album, which was a tough one to match. No worries though, this present release is every bit as enchanting as the last.

‘Stillwater’ was recorded mostly live in Lee’s old homestead, a wood sided cottage in the homonymous town. The disc breathes warmth and simplicity, and a sense of indolence that takes you on a trip to a place untouched by the hands of time. The tempo is slow and the music is spare, sometimes just a few piano chords and Frankie Lee’s tenor voice (‘Ventura’), sometimes a more rocking instrumentation (‘Only She Knows‘), but always a tasteful dish (the syrupy guitar instrumental on ‘In The Blue‘ is a prime example).

Not only does ‘Stillwater‘ deliver the goods with style, but all nine musical reveries depicted in the record wind into a cohesive whole that exudes a unique and vivid artistic touch. And that’s a rare thing of beauty.

Frankie Lee's got something unique, and proves it