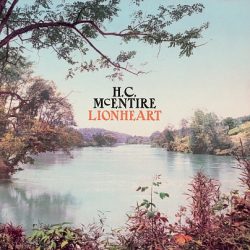 Sometimes records seem to be the obvious culmination of everything that has gone before, so it is with this first solo record from the Mount Moriah frontwoman. The journey from indie-rocker to consummate Country star is completed. She’s assimilated generic tropes and has managed to create songs that pay homage and also sound fresh. Everything is in place from the very beginning. A Lamb, A Dove contains elements of gospel with the massed backing vocals – it’s a graceful song, the backing gentle, the voices really setting it apart: you can hear each backing singer individually and they all fall together beautifully.

The songs are strong and the performances are excellent. There’s total commitment and total care with also the verve to do something different, so Baby’s Got the Blues is unashamed country rock, with a little dissonance thrown in. It isn’t easy listening but it is easy to listen to and there’s a difference. This has hard edges and is seductive, the prickliness part of the appeal. Yellow Roses digs a little deeper into the past with cries of pedal steel and country siren vocals; another part of the appeal is the naturalistic imagery – the songs are full of roses, gardenias, prickly pears and dogwoods, the vision of someone at home in their art and in their landscape.

There are a slew of excellent musicians populating these songs which could hinder but they are at the service of McEntire and it’s not really important to note that it’s Angel Olsen on backing vocals or William Tyler on guitar, the songs so obviously belong to her. That link to the past is strong on When You Come for Me which sounds as if it is descended from The Band. The songs have that organic feel as if they have written themselves or they are standards that somehow you’ve just not heard before.

She reminds me of Lucinda Williams, though she reached her destination by travelling down different roads. Dress in the Dark is where she takes a few more chances – the song lacks a traditional structure, it burns slowly and the chorus also shies away from easy hooks; it relies on the atmosphere that it creates, a great woozing swoon of a tune, and yet it creates more of an impression than if it had a more conventional tone. That’s how the record succeeds, it operates on its own terms but those terms aren’t far from traditional ideas of great songs. One Great Thunder may have more in common with Throwing Muses than Patsy Cline but it has enough to appeal to both audiences. This is a brilliant record.

McEntire has made the record she always threatened to make