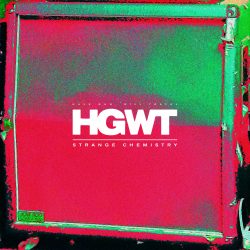 Fourteen years and 6 albums into a career that has seen them firmly established as home-town-heroes in Bradenton Florida, Have Gun Will Travel have decided that now is the time to embark on a quest for the great American rock record. In doing so they have studied at the fretboards of the masters: CCR, Springsteen and Tom Petty, but these are big shoes to fill and that they don’t quite fit is perhaps no surprise.

Initially, this mix does deliver an instinctive gut-level emotional punch that is an unaffected guilty pleasure. However, as the immediate impact wears off and familiarity creeps in, the response becomes more reasoned and less instinctual. At this point, ‘Strange Chemistry’s’ musical limitations become apparent, specifically its stylistic conformity and the use of rock history as the setting for Burke’s songs. Despite occasional flourishes of pedal steel and some synth that wouldn’t be out of place on ‘Hot Fuss’, the LP ultimately fails to deliver any notable musical flavours of its own. Clearly being ‘provocative’ or ‘cool’ are not qualities that appeal to HGWT in their quest.

This may sound like criticising the Ramones for not using enough chords – it’s a meat and potatoes roots-rock record; it should be simple and easily digested, surely. To be a great American rock record though it needs a more lasting impact, the punch needs to be harder and better aimed. Whilst some of us will empathise with this musical appeal, most of us may nod our heads but will remain emotionally unengaged.

If ‘Strange Chemistry’ offers likeable but predictable heartland rock music, lyrically it is more diverting.  A significant portion of Burke’s lyrics do deliver well-practised everyman rock n roll mythologizing, consistent with the musical soundtrack. Blue-collar lyrical tropes expose our champion’s “restless heart” and see him “not ready to surrender” and “running with the wrong crowd” (or the devil)”. These tropes eventually become a shared shorthand for listener and performer, uniting us in our place in HGWT’s world.   The weight of Burke’s sincerity enables the consistency between words and music to become an aural comfort blanket; keeping us warm but not much more.

However, the real interest here comes with Burke’s engaging and instinctual soul-baring. Gone is his narrative telling of third party stories, replaced by subjective, open-hearted explorations of his place in the world. As we have seen, when couching these explorations in everyman terms Burke occasionally succumbs to the clumsy aphorism, so the LP is at its best lyrically when it is totally personal. Witness “the more I seek the less I find, I can’t get the truth to unwind” his lovely take on the confused blurry haze through which a lot of us experience life.

The personal lyrical essence of this record though refers to Burke’s battles with anxiety, which have seen him hospitalised in recent years. There are frequent and explicit references to his experiences, taking us on the journey from deep despair (“if the drinking don’t kill me the anxiety will”) to wide eyed optimism (“it feels like a weight has been lifted, from my shoulders like a ton of lead”).

Burke is unguarded about the duality at the core of his condition; noting the tension between his yearning for the life of the road warrior – “I was born with a space to fill, just a kid dreaming, leaning on a windowsill” and how this role plays into his disorder. The final song ‘The Dark and the Light’ is this duality in title form and firmly fixes the future with a hopeful vision. “I believe that the worst is behind us” he sings, buoyed by the musical brightness of sunny Byrds like chiming. One has to hope that Burke has finally rid himself of his demons; whatever the impact on his band’s art. It can’t be comfortable ‘singing your pain’ but it does make for engaging and thought-provoking listening.

Putting aside regional allegiances, stylistic twists and turns and emotional tensions, what we have here is a quintessentially American rock record; just not the great one that HGWT were after.